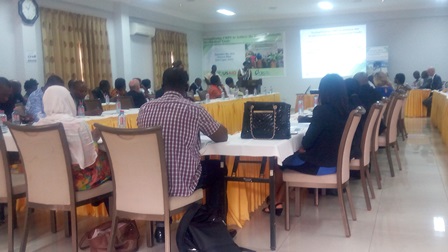 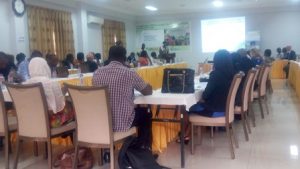 The Catholic Relief Services (CRS) in collaboration with the Ghana Health Service (GHS) and the University for Development Studies funded by the USAID designed a four-year project to help reduce the high rate of maternal mortality and morbidity among women of reproductive age in the East Mamprusi District of the Northern Region.

Mr Mohammed Ali, Health Programme Manager for CRS speaking at the end of the project in Accra, said results from October 2011 to December 2014 showed that the number of mothers who registered for antenatal care increased from 80 per cent to 99 per cent.

Mr Ali said despite national strides to strengthen health services, maternal and infant mortality and illness remain high in the Northern Region than the rest of the country.

He said the GHS and their health partners are working to implement high-impact, evidence-based interventions to address these concerns.

“Despite these efforts by the GHS, there are still gaps at the community and household levels in accessing health services due to challenges such as overcoming harmful cultural practices, poor transportation system and late referral for emergencies”, he added.

Mr Ali explained that the project combines both facility and community-based approaches to reach a target of more than 51,000 people comprising 27,000 women of reproductive age and 24,000 children under-five-years in 240 communities.

He said the project focus on three technical areas, namely maternal and new-born care 60 per cent, maternal and child nutrition 30 per cent and malaria and pregnancy 10 per cent.

Mr Ali said the project encouraged traditional birth attendants to refer pregnant women to health facilities so mothers can benefit from prenatal and other services.

He said at the end of the programme, the project has helped to improve the health information system of the GHS through training health officers in the use of iPads to ensure accurate and timely submission of data.

She expressed satisfaction to invest in the project which contributed in building the capacity of Ghanaian communities and the GHS to address maternal and child health challenges in the District, hoping that lessons learnt through the project would benefit other districts in the country.

Mr Kris Ozar, Country Representative of CRS said the partnership with the stakeholders has equipped participants with the knowledge and skills to serve as agents for change in their own communities with excellent results.