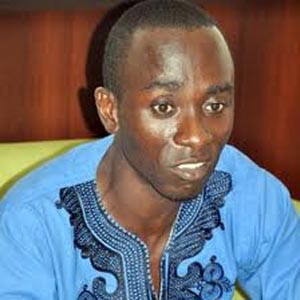 Deputy Communications Director for the National Democratic Party (NDP), Ernest Owusu-Bempah says he still stands by his claims that Deputy Minister for Information and Media Relation, Hon. Murtala Mohammed is a ?visa fraud?.

?I am daring Murtala today?he was arrested in Nigeria in connection with visa fraud. If he is a man, he should come out and dare me. I have my evidence?.he should publicly come out to defend himself. I don?t fear him. He should tell Ghanaians whether he is not a visa fraudster.

??If such an individual is the spokesperson for the Government, then this government has a long way to go. People will not take this country serious when they consider Murtala?s character. This country is in a serious mess,? he said on Asempa FM.

Owusu-Bempah comment followed strong denials by Hon Murtala that if he (Owusu Bempah) does not live to his word and expose him (Murtala) as a ?Visa-Fraudster? then he (Bempah) is a ?bastard?.

The deputy information minister, speaking on ?Eko Si Sen?, a political talk show on Accra-based on Asempa FM, charged that if Owusu-Bempah failed to prove the allegation, then he was not the child of his parents.

?If you don?t expose me, you are a bastard?, Murtala Mohammed said.

The deputy Minister?s comment followed accusations by Mr Owusu-Bempah to the effect that he (Mohammed) had been arrested on Visa fraud charges in Nigeria in the past. The allegation appeared to have infuriated Mr Mohammed who challenged Mr Owusu-Bempah to prove what he said was a false allegation.

Mr Mohammed, whose voice was rising as he spoke, added that if Mr Owusu-Bempah managed to prove the allegation, he would resign as deputy Minister, step down as MP for Nanton and retire from politics for good.

But speaking on the same platform, Owusu-Bempah insisted that Hon. Murtala was a fraudster and called on President John Dramani Mahama to dismiss him from his government.

?I?m calling on the President though I don?t like his politics?if he (President Mahama) wants Ghanaians to believe he is up to task, he should sack Murtala. Every good leader must be surrounded by good people?.Murtala lacks common sense, he is not intelligent,? the NDP activist sneered.