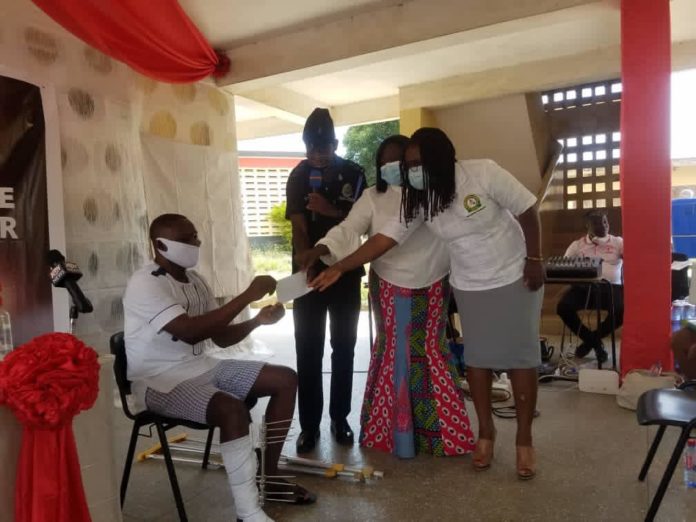 Mrs Nicholina Adumuah-Ladzekpo, the Cape Coast Area Manager of the National Insurance Commission (NIC), has called for the urgent establishment of a committee to champion the welfare of road accident victims.

She said the committee should comprise all stakeholders involved in the insurance documentation process, including the Police MTTD, the National Road Safety Authority (NRSA), the Ghana Medical Association, and the Attorney General.

That would help address the challenges of road crash victims in securing the necessary materials to process their claims, she said.

Mrs Adumuah-Ladzekpo said this at a ceremony to mark this year’s World Day of Remembrance for Road Traffic Crash Victims, organised by the NRSA in Cape Coast.

She expressed dismay about the difficulty victims went through in securing the necessary requirements to process their insurance claims, with some made to pay huge sums of monies in order to secure police and medical reports.

The annual Remembrance Day, instituted by the United Nations, to be observed on the third Sunday of November, is to recognise the suffering of road accident victims and the contributions of support and rescue services.

It was on the theme: “First Responders,” to recognise the selfless men and women who rescue, care for and provide support to victims of road trauma.

“The Police and medical reports are necessary materials you need to process a claim, so you must have it. I know that it is a big challenge to accident victims when such cases occur,” she said.

She appealed to all stakeholders, especially the medical fraternity, to put a human face to their work and desist from demanding payments from traumatised patients before helping them.

“It disturbs me and I know it’s a concern for a lot of people. When the person is traumatized and you are demanding such a huge amount, where is he or she going to get it?” she asked.

She called for the speedy trial of accident cases to fast-track claims of compensation by the victims from the insurance companies.

Mrs Adumuah-Ladzekpo encouraged passengers to be bold and speak against reckless driving, saying: “as passengers, we have a duty of care”.

Ms Linda Affotey-Annag, the Regional Head of the NRSA, said the Day offered an opportunity to draw attention to the large scale of emotional and economic devastation caused by road traffic crashes, and reflect on those who had been lost or irreversibly impaired by trauma, among others.

The Central Region continuously recorded high spates of road crashes and casualties and was ranked Fifth in the country, she said.

Between January and October, 2020, 768 accident cases had been reported involving 1,248 vehicles with 174 pedestrian knock-downs.

She said road accidents had negative effects on productivity and that Ghana lost about 1.6 per cent of GDP to road traffic crashes annually, as affected persons were usually in the active working group of 15-55 years.

The Ghana Red Cross Society and the Police MTTD, among others, took turns to address the gathering and called on all to join in efforts at reducing road accidents in the country.

Mr Patrick Azenyeka, a crash victim, was presented with an undisclosed amount of money to defray his medical bills.

The team later paid a visit to victims receiving treatment at the Cape Coast Teaching Hospital and provided them with financial support.