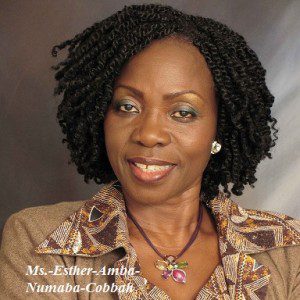 Following the media blitz surrounding the alleged payment of ex-gratia to two former chief executive officers of the Ghana National Petroleum Corporation (GNPC), the Parliamentary Select Committee on Mines and Energy has summoned the management of the Corporation to the House to explain the rationale behind the payments. The Chronicle understands that the Mr. Alex Mould-led management would be appearing before the committee at 11a.m. this morning.  Meanwhile, Madam Esther Cobbah, wife of Mr. Tsatsu Tsikata, and one of the alleged recipients of the ex-gratia, issued a statement yesterday, justifying why she must be paid what is due her as a former employee of the GNPC.

She, however, denied that the money being quoted by KT Hammond had officially been paid to her.  The GNPC itself issued a statement on Monday, confirming that it had approved ex-gratia payment for Mr. Tsatsu Tsikata, Mr. Boakye Asafu Adjaye, Esther Cobbah and Benjamin Dagadu, the current Deputy Minister of Energy.

The statement did not, however, confirm or deny the GH¢1million and GH¢600,000 the board was alleged to have paid to the recipients.  But, before Parliament delves into the case, there seems to be uproar over the alleged payments, with the majority of people describing it as a fraud that must not be allowed to stay.

Mr. Kwadwo Owusu Afriyie, former General Secretary of the New Patriotic Party (NPP), told The Chronicle that Mr. Tsikata left office in November 2000, and that the impression should not be created that it was the Kufuor government, which assumed office in 2001, that sacked the former CEO from office.

Afriyie contended that Tsatsu, as an astute lawyer, would have gone to court to challenge the refusal of the Kufuor government to pay what was due him, if, indeed, the then government had done something wrong.  To him, the money, if paid to the recipients, should be retrieved, because there was no basis for it.

“These gentlemen and the lady, I’m told, have not on their own asked for any money to be paid to them, because they know that they are not due any such money. Why in the name of God will this board decide to pay such whopping monies to them…I think that an investigation will unravel that,” Mr. Owusu Afriyie noted.

Mr. Egbert Faibille, an Accra-based lawyer, also argued on Starr FM yesterday, that “I expect the President to call on the GNPC Board to give him a justification for these payments. Where is the basis of the authority that the GNPC used to pay? And I don’t think the board is above the law. The payments to all four people are illegal. I think the Minister of Energy and the President should look into this,” he stated.

Another Accra-based lawyer, Dennis Agyei Dwomoh, also told Joy FM that the GNPC was a creature of law, and, therefore, its conduct is bound by its creator – the 1992 Constitution.  According to him, whatever entitlements due Tsatsu and Asafu Adjaye must be stated in the letter of employment under the hand of the President of Ghana, who is the appointing authority.

Questioning the legality of the payment, he said he was yet to see any regulation requiring the payment of ex-gratia to departing chief executives.  The payments, ex-gratia or end-of-service benefits, to the other top officers must also be documented as part of the conditions of service set by the Board of Directors.

He wants further clarification from the Board of GNPC, which approved the payments to the four former managers, especially when the beneficiaries are believed not to have made any demands.

The Ranking Member of the Select Committee on Mines and Energy in Parliament, Mr. Joe Owusu, also told the media that there was no basis for the payment of ex-gratia to the former workers. He mentioned specifically, Madam Esther Cobbah, who, he alleged, abandoned her post.

According to Joe Owusu, Madam Esther Cobbah was seconded to the West Africa Gas Pipe Line, but refused to accept the posting. The MP did not, therefore, understand why Madam Cobbah, who was heading the Public Affairs Department, should be entitled to ex-gratia.

The owner of Stracom Africa, however, argued in her statement, that she took up that appointment, but the Minister of Energy, in 2001, told her that her services were no more needed, even though Ghana Gas, strictly, was not a state-owned company.

Mr. Joe Owusu, who is also the MP for Bekwai in the Ashanti Region, however, insisted that there could not be any justification for the payment of ex-gratia, and that the GNPC Legal Department even advised against the decision of the board.
To him, the GNPC Board should be held liable, if it was established that they breached the law in approving the payment of the ex-gratia.

Mr. Kobina Ade Coker, Greater Accra Regional Chairman of the ruling National Democratic Congress (NDC) and the Deputy Minister for the Interior, James Agalga, had earlier argued on separate media platforms that Tsatsu and his colleagues had done nothing wrong, and that they are entitled to the payments.

According to the duo, if the approval for the payment was wrong, Tsatsu in particular, would not have accepted it. They dared those threatening to go to court to do so immediately.