News Ghana
Home World News Inside Africa Ethiopia warns it may resort to “self-defense” to resolve border dispute with... 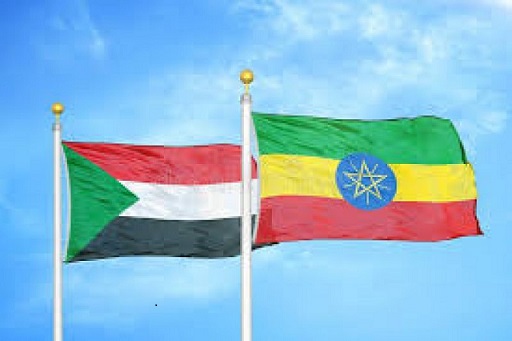 The Ethiopia Ministry of Foreign Affairs has warned that Ethiopia might resort to self-defense to resolve a long running border dispute with Sudan, its northwestern neighbor.

The ministry said in a statement posted at its website Tuesday that Ethiopia reserves the right to self-defense if the aggression of the Sudanese army isn’t reversed.

“Sudan invaded land that is part of Ethiopia’s territory. In its indefensible conduct, the Sudanese army demolished Ethiopian administrative institutions, overtook military camps, killed and displaced residents, and destroyed their crops and property.

Sudan acted in flagrant violation of international law against the use of force and the boundary re-demarcation treaties,” said the ministry in the statement.

“The aggression of the Sudanese Army needs to be reversed with the view to creating a conducive environment for the bilateral mechanisms to function.

The ministry also accused the Sudanese army of invading “Ethiopian lands” since last November taking advantage of Ethiopia’s preoccupation with its “law enforcement” campaign in the northern Tigray region.

The ministry said Ethiopia still has hope that the border dispute with Sudan can be resolved diplomatically.

“Even if Ethiopia and Sudan resort to military confrontation, re-demarcation of the boundary will require discussion and diplomacy.

Therefore, it would be unwise and against the will of the peoples of Ethiopia and Sudan to engage in an unnecessary war,” said the Ethiopia Ministry of Foreign Affairs.

Since September 2020, the border between Sudan and Ethiopia has been witnessing rising tensions and skirmishes between the two sides.

Sudan has accused Ethiopian farmers, backed by armed forces, of seizing “Sudanese border lands” in Sudan’s Fashaga area and cultivating them since 1995.