Lawmakers of the European Union (EU) Thursday requested to amend the bloc’s rules on car approvals in a drive to prevent a recurrence of the Volkswagen (VW) emissions scandal.

A committee on internal market affairs in the European Parliament voted for the amendments to EU car “type approval” rules, asking for more EU oversight of cars and more independent environmental and safety testing.

Daniel Dalton, who is steering this legislation through the European Parliament, said it was a “strong, robust response” to the Dieselgate scandal.

“With today’s vote the Internal Market Committee has sent a clear signal to national governments and consumers that it is about time we addressed the weaknesses that allowed the emissions scandal to take place,” he said.

“We agreed that the key to rebuilding consumer trust in the motor vehicle approval system is more rigorous and systematic oversight at every stage.”

The lawmakers argued that national approval authorities should provide the EU institutions with market surveillance plans, which the EU regulators could reject.

The amended text was approved in the committee by 33 votes in favour and four against. However, the European Parliament still need to find a compromise with national governments on the legislation. Enditem 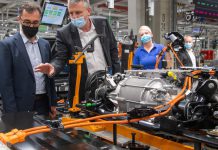 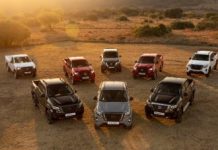 All New Nissan Navara now built in Africa for Africa

The Automotive opportunities presented by the AfCFTA