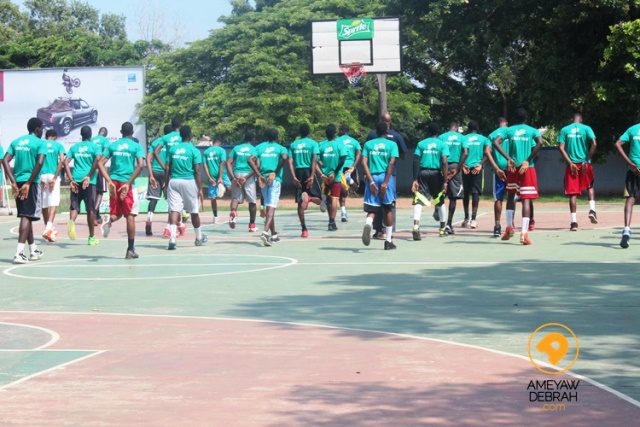 Participants in the Euroleague Final Four tournament are looking forward to playing top level basketball in front of thousands of fans in the Belgrade Arena from May 18 to 20.

Coaches attended a press conference at the Kalemegdan fortress in Belgrade where they were greeted by Belgrade Mayor Sinisa Mali and Jordi Bertomeu, president of the Euroleague Basketball Company.

The coach says he is happy to be back in Serbia where he was born but that his thoughts now are solely on the game against Lithuanian outfit Zalgiris Kaunas.

“I think I am not entitled to think about my 10th title. I only think about the game against Zalgiris. I am sure that there will be great atmosphere at the hall and there will be a lot of fans that will choose which team to support. Let the best team win,” he said.

Fenerbahce player Luigi Datome said that although he would like for the team to repeat last year’s success and lift the trophy once again, this is now a new tournament. “Every game is different, anything can happen, but I am confident because of the past work that got us here,” Datome said.

Coach of Zalgiris, Sarunas Jasikevicius highlighted that he is proud of his players due to their achievements this season.

“I am sure they (Fenerbahce) will be prepared and play the basketball they played all year… We are making progress day by day, and this is one long process. I believe in my players who are keen to work and make progress, and the most important thing for us is to move one step at a time, which we have been managing to achieve throughout the season,” Jasikevicius said.

Coach of CSKA Moscow, Dimitrios Itoudis said that his players are not afraid of the pressure in the semi-finals against Real Madrid, and that his team is not the favorite for heading into the tournament.

Real Madrid player Luka Doncic, the winner of the Euroleague’s “Rising Star” award said that playing in the Final Four tournament in Belgrade is “special to him” after the difficult season the team had.

On Friday, May 18, at 6PM local time, Fenerbahce will face Zalgiris, while at 9PM CSKA Moskow will play against Real Madrid. The final match will be played on May 20.