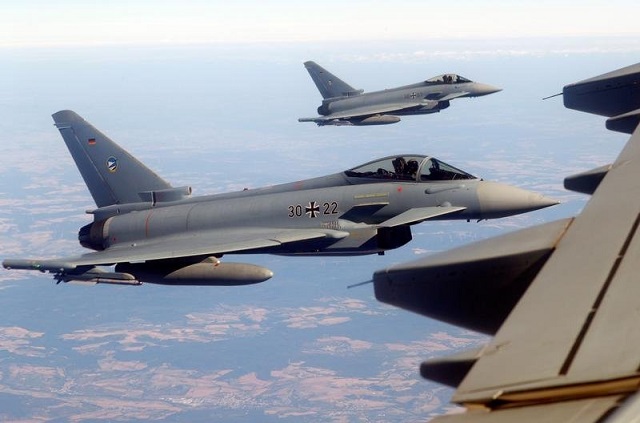 Austrian prosecutors no longer plan to pursue fraud allegations related to the acquisition of Eurofighter jets, a Vienna appeals court has decided.

The ruling was announced by Austria’s chief legal counsel on Wednesday and is a blow for Defence Minister Klaudia Tanner, who had threatened a lawsuit against aviation and defence group Airbus, which holds a major stake in the Eurofighter company.

She had also threatened to retroactively reverse the acquisition of Austria’s 15 Eurofighter jets, on suspicions that the state paid 183 million euros (200 million dollars) too much, as kickbacks to middlemen were priced into the contract.

The appeals court found that prosecutors had not managed to come up with sufficient evidence after spending three and a half years investigating for fraud, legal counsel Wolfgang Peschorn said in a statement.
While Peschorn said the ruling must be accepted, he criticized that it runs counter to decisions by legal authorities in Germany and the United States.

In February, Airbus was ordered in Germany to pay 81.25 million dollars in penalties for obscure money flows related to the Austrian jet deal.

In January, Airbus announced it had agreed to settle graft probes in France, Britain and the United States, resulting in total penalties of just under 3.6 billion euros.