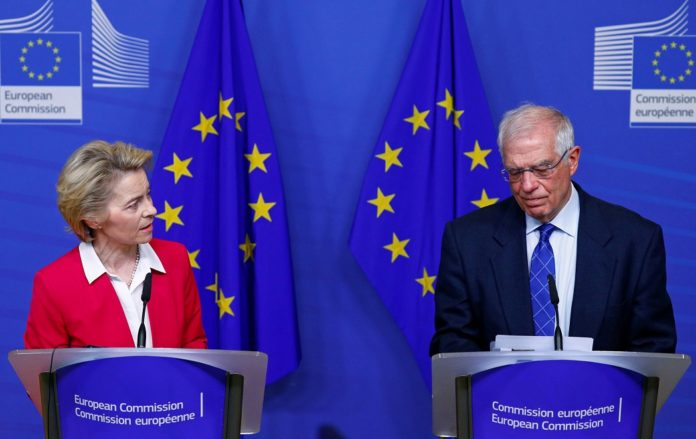 As the world fights against COVID-19 onslaught and global confirmed cases rose to over one million, European nations have begun to introduce more financial aid packages to assist people and enterprises against the impacts of the pandemic.

More than one million confirmed cases of COVID-19 have now been reported to the World Health Organization (WHO), including more than 50,000 deaths, WHO Director-General Tedros Adhanom Ghebreyesus said at a press briefing on Friday, noting the profound social and economic consequences of the pandemic.

The WHO chief highlighted the significance of financing health response, calling it an essential investment in saving lives, as well as in the longer-term social and economic recovery.

“We are in a shared struggle to protect both lives and livelihoods,” Tedros said, suggesting countries to ease the burden on their populations through social welfare programs to ensure people have food and other life essentials in the short term.

The WHO chief warned against attempts to lift restrictions too quickly, saying that the virus could then resurge and the economic impact could be even more severe and prolonged.

More and more European nations have realized the effects of lockdown and decided to extend related measures.

In Italy, which has been bearing the brunt of the grim march of the coronavirus, the government has extended the nationwide lockdown till April 13.

Experts of the National Health Institute (ISS) and Higher Health Council confirmed on Friday a moderate daily decrease in the number of new infections.

To date, the coronavirus pandemic has claimed 14,681 lives in locked-down Italy while Spain recorded a total death toll of 10,935.

Spanish Interior Minister Fernando Grande-Marlaska said Thursday that the government was considering extending the State of Alarm, which was imposed on March 14 and due to expire on April 12.

“We are facing a dynamic and changing situation. We speak to the scientific committee every day to decide what the best way to proceed is,” he said, highlighting how the growth of new confirmed cases of COVID-19 has slowed down over the past week.

In neighboring Portugal, President Marcelo Rebelo de Sousa has announced a 15-day extension of State of Emergency in order to fight the COVID-19 pandemic.

In Bulgaria, the country’s National Assembly on Friday approved the extension of the nationwide state of emergency until May 13 in a bid to curb the spread of COVID-19.

While the economic pain is felt across the continent, European countries have also put forward aid packages to help people and enterprises in dire need.

French Finance Minister Bruno Le Maire said on Friday that the government was considering nationalizing, for a limited period of time, those companies suffering from the financial market turmoil due to the coronavirus epidemic.

“It is simply a matter of having the state protect companies, for a limited period, by taking a stake or possibly by making a temporary nationalization,” Le Maire told France 24 and RFI radio.

The minister noted that the government would use all means, including recapitalization, to support enterprises affected by coronavirus outbreak, notably those dealing with auto, transport and tourism businesses.

Among the other remedies, struggling domestic firms would benefit from state loans guarantees worth 300 billion euros, which could help commercial banks reduce potential exposure to loan losses.

Also on Friday, the Finnish government announced additional direct financial aid to medium-sized businesses, which must have been profit makers before the COVID-19 crisis and must have a turnover of over 10 million euros.

Friday’s 150 million-euro aid pledge follows the authorization of a billion in aid and 10 billion as loan guarantees, where the state collateral would cover 80 percent, with the rest 20 percent remaining as a risk of the creditor.

The government also rolled out several legislative plans to ease the position of the entrepreneurs. The right of creditors to demand a bankruptcy would be limited and the fees collectors can charge would be curbed.

In Germany, the government announced on Wednesday it would support start-ups with 2 billion euros (2.2 billion U.S. dollars) during the coronavirus crisis.

Venture capital by the government would be expanded so that “financing rounds for promising and innovative start-ups from Germany can continue to take place,” said Minister for Economic Affairs and Energy Peter Altmaier.

In the short term, additional funds would be given to public venture capital investors. The funds could also be used in co-investments with private investors for financing rounds of start-ups, according to the Ministry.

In addition, Germany’s umbrella fund investor KfW Capital and the European Investment Fund (EIF) would be enabled to take over shares from defaulting fund investors, according to the Ministry.