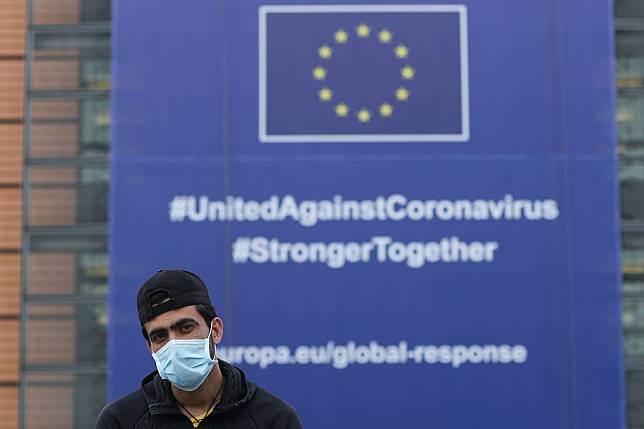 As COVID-19 has made more than 1.8 million people sick and caused over 163,000 deaths in the European Region’s 54 countries, the European Medicines Agency (EMA) suggested on Thursday that a vaccine for COVID-19 could be ready in a year at the earliest.

While there is a vaccine hope, there is also a vaccine controversy. France has cried foul after the country’s pharmaceutical giant Sanofi said it would reserve first shipments of any COVID-19 vaccine for the United States.

Also on Thursday, the World Health Organization (WHO) Regional Office for Europe warned that the “emergency fatigue” would undermine the gains in fighting COVID-19 and that there was “no room for complacency.”

The Amsterdam-based EMA, an agency of the European Union (EU) responsible for the scientific evaluation, supervision and safety monitoring of medicines in the EU, said on Thursday that a vaccine for the novel coronavirus could be ready in a year under an “optimistic” scenario.

“For vaccines, since the development has to start from scratch … we might look from an optimistic side that in a year from now, so beginning of 2021,” Marco Cavaleri, the EMA’s head of biological health threats and vaccines strategy, told an online press briefing.

“The ambition is to try to have such vaccines available in a year from now. This might be possible at least for the frontrunners (of vaccine developers),” Cavaleri said.

“These are just forecasts based on what we are seeing and what we expect might happen. But again I have to stress that this is a best-case scenario, (and) we know not all vaccines that enter into development may make it till the end and will come to the authorization,” he added.

In France, a vaccine-related controversy made headlines after Sanofi CEO Paul Hudson told U.S. media on Wednesday that “the U.S. government has the right to the largest pre-order because it’s invested in taking the risk.”

“The declaration of Sanofi boss has upset the President of the Republic (Emmanuel Macron) because this vaccine must be a global public good…The vaccine should be available to everyone at the same time,” an official at the Elysee told French media.

“A vaccine against COVID-19 should be a public good for the world. The equal access of all to the virus (vaccine) is non-negotiable,” French Prime Minister Edouard Philippe wrote on Tweeter.

Philippe added that Sanofi’s chairman Serge Weinberg had given him “all the necessary assurances” with regard to the distribution in France of any potential Sanofi vaccine.

Sanofi is among dozens of drug companies that are currently working on vaccine projects against COVID-19. One of its projects involves a partnership with Biomedical Advanced Research and Development Authority (BARDA), a U.S. Department of Health and Human Services office for preparedness and response.

NO ROOM FOR COMPLACENCY

“Until a vaccine or treatments are at hand for everyone, limiting the virus requires a partnership of people and policymakers,” Dr. Hans Kluge, WHO regional director for Europe, told a virtual press conference from Copenhagen.

It has been 16 weeks since they were notified of the first cases of the novel coronavirus in the European Region, Kluge said.

“Today, in the 39 countries that are easing restrictions in the European Region, our behavior remains as important now as ever before,” Kluge said. “There’s no room for complacency — remain vigilant.”

“Emergency fatigue threatens the precious gains we have made against this virus. Reports of distrust in authorities and conspiracy thinking are fueling movements against social and physical distancing,” he warned.

Russia, Britain and Spain remained among the top 10 countries around the world reporting the most cases in the past 24 hours, according to Kluge.

Kluge’s cautious assessment came one day after a stern warning from another WHO official that the novel coronavirus may never go away.

“This virus may become just another endemic virus in our communities and this virus may never go away,” Dr. Michael Ryan, executive director of the WHO Health Emergencies Program, said on Wednesday at a press conference in Geneva. “It is important that we be realistic and I don’t think anyone can predict when or if this disease will disappear.”

“We may have a shot at eliminating this virus” with the help of a vaccine, Ryan said, adding that the vaccine must then be “highly effective” and “made available to everyone” and that “we will have to use it.” Enditem