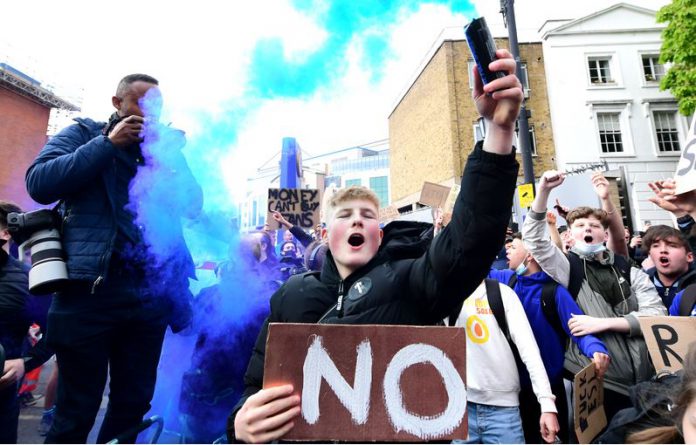 All six English clubs who initially agreed to partake in the maiden European Super League (ESL) have withdrawn from the competition.

The formation of the ESL had been met with a huge backlash from football lovers with the likes of Inter Milan and Atletico Madrid having all abandoned their involvement in the league.

With more than half of the teams rescinding their decision to partake in ESL, the project had certainly crumbled with a handful of Spanish and Italian teams still remaining.

English giants Chelsea who were the first team to withdraw from the ESL following a fans protest outside Stamford Bridge said this in a statement: “Chelsea Football Club can confirm that it has begun formal procedures for withdrawal from the group developing plans for a European Super League.

“Having joined the group late last week, we have now had more time to consider the matter fully and have decided that our continued participation in these plans would not be in the best interest of the Club, our supporters or the wider football community.”

The backlash of the ESL has also triggered Manchester United’s Chairman Ed Woodward to step down from his post as well as the resignation of Juventus Chairman Andrea Agnelli.