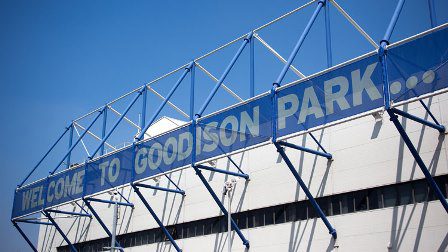 The club has invited city residents and local businesses to have a say on the proposals which have already won widespread approval from fans.

The formal consultation for the stadium at Bramley-Moore Dock is part of the legal process ahead of Liverpool City Council’s planning authority making a decision before the end of this year.

The amended plans, now submitted to Liverpool City Council, respond to the site’s location in a Unesco WHS and now include the introduction of a stepped plaza offering a new covered area for stadium entry and enhanced river views.

The project has faced criticisms from some people because of the impact it would have on the World Heritage Site.

A spokesperson for Everton FC said that “Bramley-Moore Dock’s location within Liverpool’s Unesco World Heritage Site and the Stanley Dock Conservation Area has been fundamental to how the project has been designed and planned.”

“The stadium has been designed to respect and preserve the heritage of the area, while bringing a long-standing semi-derelict dockland site back into productive use,” added the spokesperson.

Colin Chong, Everton FC’s stadium development director noted that “the people of this city and region have helped shape our plans throughout this project. As we enter the conclusion of the planning phase of the project, our submission is the culmination of a significant amount of work and extreme care that ensures our stadium proposals not only enhance Bramley-Moore Dock but also the surrounding area. This is a once in a generation opportunity to make a difference to the future of our city.”

Goodison Park, several kilometers away from Bramley-Moore Dock, has been Everton FC’s home since 1892 and has a capacity of under 40,000.