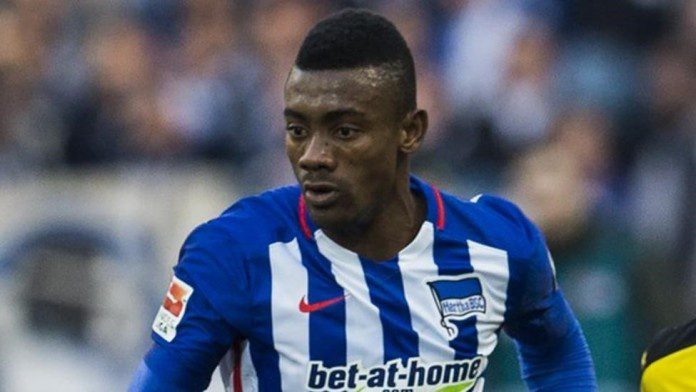 Former Chelsea forward Salomon Kalou has completed a move to Botafogo after parting ways with Hertha BSC, the Brazilian Serie A club said on Thursday.

The 34-year-old ended weeks of speculation about his future by confirming the deal in a short video posted on Botafogo’s Twitter account.

The Rio de Janeiro outfit did not provide details of the agreement but local media said he agreed to an 18-month contract.

He will arrive in Rio next week with his Brazil-born partner, Karina Ferreira, according to the Globo newspaper.

Kalou, who left Hertha BSC in June, is the second high-profile signing for Botafogo in less than six months following the arrival of Japanese playmaker Keisuke Honda in February.

The Ivorian’s 17-year professional career has included spells at Feyenoord, Chelsea and Lille. He has been capped 97 times for the Cote d’Ivoire national team, scoring 28 goals.

The Brazilian Serie A season is set to begin in August, having missed its scheduled May start because of the coronavirus pandemic. Enditem