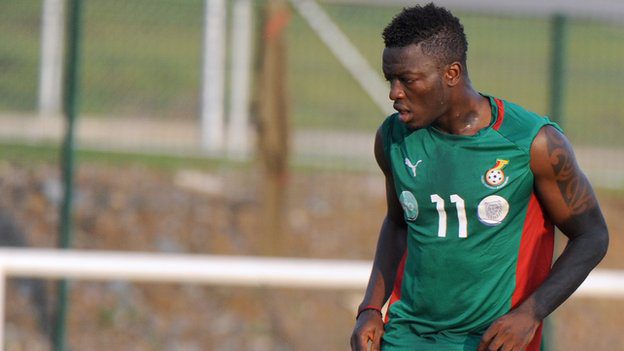 Ex-Ghana president John Agyekum Kufuor has jumped to the defense of Sulley Muntari, insisting the suspended Black Star is patriotic and should not be , for demanding his due.

The former Ghanaian leader says the current crop of players are not money-grabbers, rubbising widespread claims they have lost their sense of patriotism.

The comment from well-respected stateman comes in the wake of the country?s wrecked 2014 World Cup campaign in Brazil where bonus row ended in a global embarrsament for the West Africans.

The former AC Milan midfielder was heavily criticized for his conduct, leading to him being frozen out of the team.

But former Ghana president John Kufuor insists the former Portsmouth man, just like his compariots are patriotic despite their demand for fat bonuses.

?You get a Muntari perhaps losing his temper occasionally. I don?t think he is any less Ghanaian or less patriotic,? he told Starr FM

?It?s a profession in which people are making millions all over the world and must be given what is due them.?

Muntari has been adamant to apologise for the scandalous incident which rocked the Africans at the global showpiece.

Biden urges public to wear masks and ‘be patriotic’

Rawlings, Kufuor and Mahama shouldn’t have been left unopposed-Moshake

School Children Asked to be Patriotic

Rwandan Youth urged to be patriotic