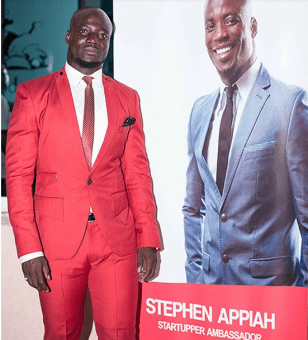 Former Ghana President, Jerry John Rawlings has heaped praise on Stephen Appiah after the ex-Black Stars captain led a delegation to paid him a courtesy call ahead of the Unity Cup match in June this year.

The iconic Ghanaian figure, alongside ex-England star Sol Campbell and Ghanaian-born ex-Dutch international George Boateng were at the home of the former first gentleman of the West African nation.

The delegation paid a courtesy on the former Ghanaian leader and invite him for the two-legged friendly involving former world stars and local giants Asante Kotoko.

Former President Rawlings, who is an admirer of the former Juventus legend praised Appiah for using his stature and popularity to promote peace.

“You couldn’t have used your stature and popularity for a better purpose,” he said.

The Unity Cup match is geared towards preaching peace ahead of the country’s crucial elections in November this year.