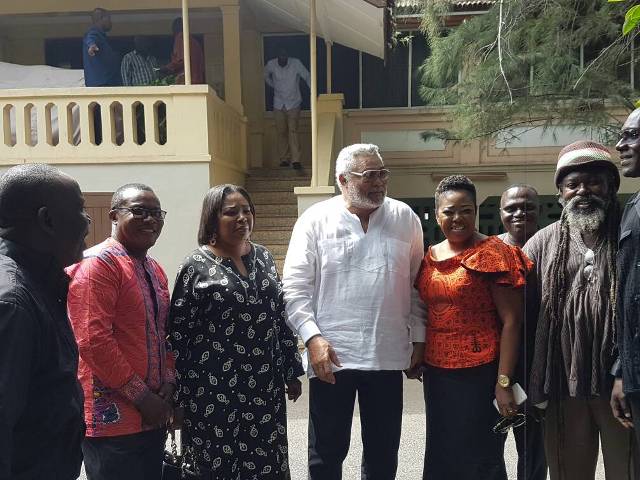 Former President Jerry John Rawlings has urged musicians to join the fight against corruption by using their songs to crusade against it and other social ills in the country. 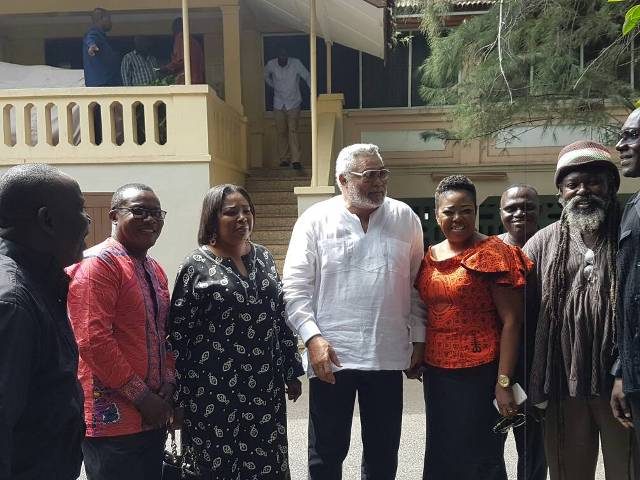 He said issues of sanitation and health should be of concern to musicians and other members of the Creative Arts Industry and urged them to use their skills and voices to drive social change.
Former President Rawlings gave the advice when a delegation from the Musicians Union of Ghana (MUSIGA) and the family of the Late Paapa Yankson, paid a courtesy call on him at his residence to inform him of the death of the late musician.

A statement signed by Ahuma Bosco Ocansey, the Director of Communications and Special Projects of MUSIGA, and copied to the Ghana News Agency, quoted President Rawlings as saying; “Paapa Yankson used his talents to sing about social ills and issues of concern to the Ghanaian society.
The current crop of musicians should be at the forefront of the fight against corruption,” he added.
The Former President bemoaned declining insanitary conditions in the country and applauded the moves by the Accra Metropolitan Assembly to clamp down on the canker in the Metropolis.

Dr Tony Yao Dzegede at the Office of the Ex-President expressed the Office’s sympathies to the family and called on Ghanaians to cherish the memory of Paapa Yankson for his unique music.
He charged the current generation of musicians to strive to leave a lasting legacy and touch the lives of their listeners through their music.
Reverend Dr Thomas Yawson, who led the MUSIGA delegation, informed the former President that a one week celebration would be held for Paapa Yankson in Dansoman on Friday and thanked him for the warm welcome accorded the delegation.