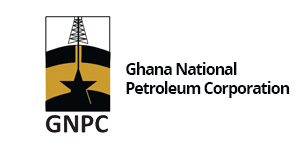 A question by Mr Samuel Nartey George, Member of Parliament for Ningo Prampram, at the Public Accounts Committee (PAC) hearing on the Ghana National Petroleum Corporation’s corporate social responsibility degenerated into heated exchanges and brought the hearing to an abrupt end.

Mr George wanted to know why the Board of the Corporation directly approved more than five million Ghana cedis to support the Okyehene’s 20 Anniversary celebration; the Economic and Organised Crime Office, and the Rebecca Foundation without the approval being channelled through the Corporation’s Foundation.

The Secretary to the Ghana National Petroleum Corporation (GNPC) Board, Madam Matilda Ohene’s response to the question, to which Dr James Klutse Avedzi, the PAC Chairman, sought further clarification, was met with protests by Mr Hardi Mohammed, Deputy Ranking Member, who had wished that the Chairman had discussed the question at the Committee’s conclave meeting before admitting it.

An ensuing heated exchange among committee members on whether the Chairman should admit the question or otherwise brought the hearing to an abrupt end, necessitating the Chairman to announce an adjournment earlier than expected.

In November 2019, the Chamber of Petroleum Consumers, a consumer advocacy, called on President Nana Akufo-Addo to initiate probe into the processes leading to what it called “wanton dissipation of the taxpayers’ monies by the GNPC.”

The call came in the wake of a leaked internal memo, which said the Corporation approved the said amount for sponsorship package for some institutions including the Rebecca Foundation as well as the 20th anniversary celebration of the Okyenhene.

Dr Kwame Baah Nuarko, the General Manager in-charge of Sustainability at GNPC, who justified the approval of the sponsorship package, said the GH¢120, 000.00 to the First Lady’s Foundation, the US1.8 million to the Okyenhene’s 20th Anniversary, GH¢50,000 to the Ghana Journalists Association (GJA), US$30,000 to Ghana Boxing Association, and a GH¢400,000 towards the preparations of the Damba Festival, were not new as they were in line with GNPC’s vision.

Still at the PAC’s hearing, Deputy Chief Executive Officer of the GNPC, Mr Joseph Dadzie, said the plummeting of crude oil prices had hit the Corporation hard and affected its cash flow even though there were moves to recover the debts.

He said: “We don’t have a choice in the matter, we belong to the state so if the state refuses to pay the amount there is really nothing we can do. We have some challenges with cash flow, especially in the era where crude oil prices plummet, it has hit us very hard as far as cash flow issues are concerned.”

The Auditor Generals Department, in its 2017 Report on public boards, has indicted management of the GNPC for failing to recover GhC778,565,761 from government and other state owned enterprises.

Government, Ministry of Finance, Tema Oil Refinery, and Ghana Gas have been in arrears to the GNPC since 2015.

“These amounts have been outstanding since 2014, 2015 so I think it will be very helpful if we get assistance for the payment of these amounts,” Mr Dadzie added.

The Public Accounts Committee of Parliament consists of not more than 25 members and is chaired by a member who does not belong to the party that controls the Executive branch of Government.

The Committee examines the audited accounts showing the appropriation of the sums granted by Parliament to meet the public expenditure of government as presented to the House by the Auditor-General.

It is currently sitting for nine working days, beginning September 1, 2020, in Accra.