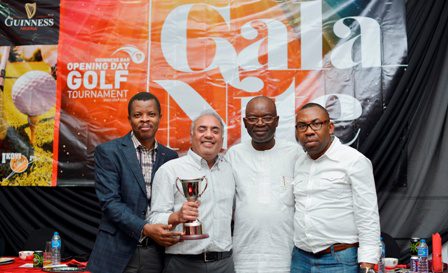 It was fun like never before for members of the Ikoyi Club 1938 last Friday as the new Guinness Bar located in the Golf Section of the club was officially unveiled amidst pageantry and splendor. The A-list bar was built by leading brewer, Guinness Nigeria Plc to further cement its longstanding relationship with Ikoyi Club 1938.

Part of activities that marked the bar opening were a Gala Night and Special Golf Tournament. The tournament attracted very impressive participation from members of the club and members of sister clubs who were invited for the competition.

Infused with upscale entertainment, the Gala Night was a colorful celebration of skill, experience and hard won trophies on the green by veterans and new golfers.

Speaking at the Gala Night, Managing Director and Chief Executive Officer, Guinness Nigeria Plc, Mr. Seni Adetu noted the longstanding relationship between Guinness and the club, particularly the Golf section which has engendered life enriching collaborations over the years. Mr. Adetu recalled that the bar was founded in 2005 and commended the leadership and members of the club for their unwavering support to Guinness Nigeria as it periodically rejuvenates the bar for their use.

?We appreciate your support to Guinness Nigeria over the years as we regularly refashion the Guinness Bar to retain its allure for members and their guests after enjoying the game of golf whose global appeal and rich heritage are as legendary as our brands, which naturally guarantee great times and great experiences.

?Guinness Nigeria is committed to fostering friendships and connections between people. There is no better testament to the social and beneficial nature of the existing bond forged by Guinness and Ikoyi Club than the opening of a rejuvenated Guinness bar in the interest of friendship, new connections, great times and experiences,? He added.

Mr. Adetu also advised members of the club to use the bar wisely and drink responsibly.

In his welcome address at the ceremony, The Club Captain, Mr. Ted Iwere commended the management of Guinness and members of the club who worked tirelessly to make the new Guinness Bar a reality. He also described the idea behind the bar rejuvenation as another concrete demonstration of the age-long and growing collaboration between both organizations.

Also speaking during the Gala Night, Chairman, Ikoyi Club 1938, Mr. Adewale Doherty expressed gratitude to the management of Guinness Nigeria for providing the bar and for supporting the club over the years. He said the bar was strategically provided for the Golf section of the club so that members could refresh themselves after playing Golf. He further stated that the club looks forward to working with Guinness Nigeria on other projects in the nearest future. 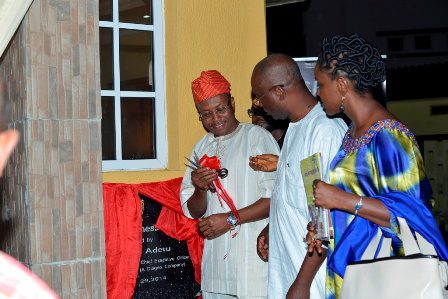 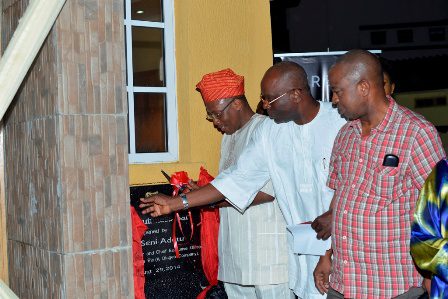 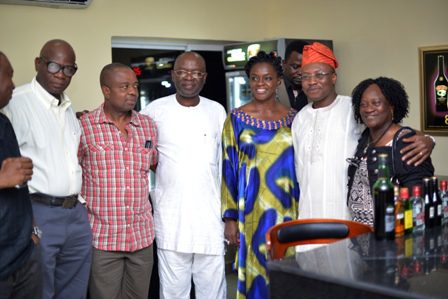 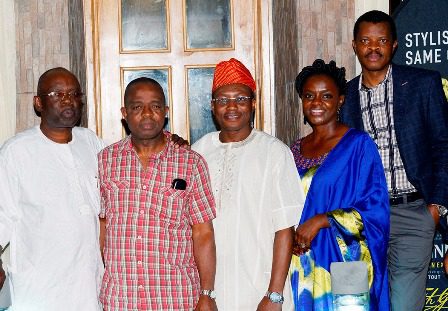