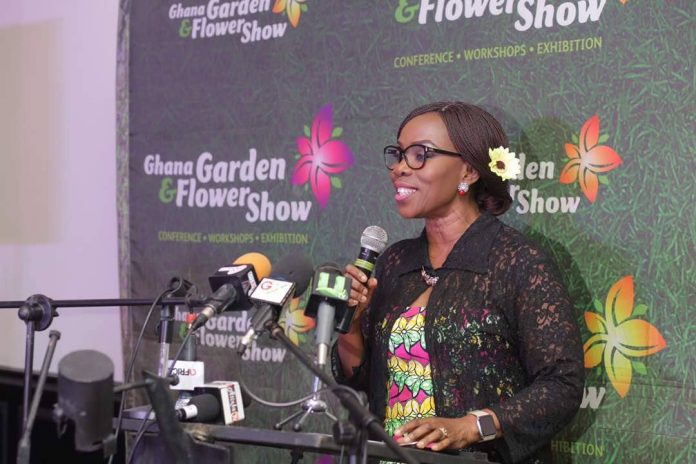 Exhibitors at the just ended 2017 Ghana Garden and Flower Show have given Stratcomm Africa Limited thumbs-up for the successful organisation of the event.

Over 100 exhibitors took part in the five-day exhibition, which was opened by the First Lady Mrs Rebecca Akufo-Addo at the Efua Sutherland Children’s Park in Accra.

They were also able to build awareness for their organisation and enjoyed marketing opportunities.

In an interview with the Ghana News Agency (GNA), most exhibitors said the Show offered them opportunity to make more contacts and expand their businesses.

They said the organisation of the Show was a tremendous improvement upon that of the 2016 edition.

Some exhibitors, however, told the GNA that they could not make impressive sales as compared to the 2016 edition.

Mrs Florence Benson, Owner and Managing Director of Flobens Creative Designs Limited, said she was very happy to have participated in the show; and that it had enabled her organisation to make new contacts.

She said the event was very well organised, but was quick to recommend to the organisers to ensure that in subsequent editions, food vendors were sited further away from the exhibition grounds.

Madam Ayesha Bortier, the Founder and Chief Executive Officer of Living Passion, which deals in flowers, statues and garden ornaments, told the GNA that the fifth edition of the Ghana Garden and Flower Show was an improvement on that of 2016.

She said her organisation could not make sales as compared to 2016; adding that “we cannot explain why?”
She hailed the organisers for the adequate security and lighting systems at the Show grounds.

Madam Martha Agyekum-Aboraa, the Marketing Supervisor of the Accra Compost Recycling Plant, said: “This year’s show was a good one. In fact, every year seems to be an improvement upon the previous one”.

“I used not to like flowers, but participating in the show has made me a lover of flowers,” she added.
Madam Agyekum-Aboraa recommended that the Ghana Garden and Flower Show be made a week-long event.

Mrs Esther Cobbah, the Chief Executive Officer of Stratcomm Africa was the brain behind the Ghana Garden and Flower Show.
Stratcomm Africa is a total communications and reputation management agency dedicated to using communication strategies as a means of enhancing performance.

By organising the Ghana Garden and Flower Show, and promoting a Garden and Flower Movement in Ghana, Stratcomm Africa is using its expertise to generate awareness among Ghanaians about available natural resources for individual livelihood enhancement and national development.

The fifth edition of the Ghana Garden and Flower Show was under the auspices of corporate entities such as the New Times Corporation, Opportunity International Savings and Loans Limited, The Finder, B&FT, Lux, Guinness Ghana, Appolonia City and Ecobank.