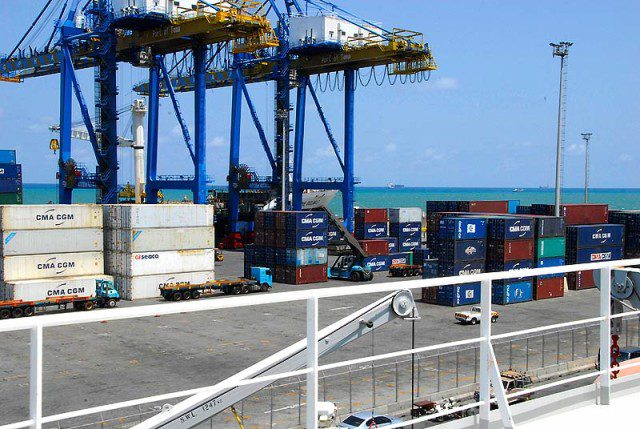 Expansion works on the Tema Port will start next year. The first phase of the $1.5 billion project is expected to be done in about three years.

The port is expected to handle thrice its current traffic of about one million Twenty-foot Equivalent Units (TEUs) when completed, according to marketing and public relations manager Paul Asare Ansah.

The investment, according to Mr Ansah, “is going to expand the capacity of the port to handle even 3.5 million TEUs, far in excess of the projections that we have made.”

As part of the project, the Ghana Ports and Harbours Authority (GPHA) intends to “reclaim about 120 hectares of land.” Mr Ansah added that the port will become efficient “up to about 2040 to 2050,” after the expansion works.

The GPHA and Meridian Ports Services signed the $1.5 billion agreement in June this year.

Minister of Transport at the time, Dzifa Attivor, who witnessed the signing, said the project will enhance the efficiency of the port and make it more competitive. The project is expected to provide employment for more than 3,000 Ghanaians.

The expansion works, the first of its magnitude since the port’s construction in 1962, include a new 1.4-kilometre quay for four container berths with 16-metre draft and a 3.85-km breakwater within a dredged port access channel, 19 metres deep and 250 metres wide to accommodate larger vessels. The project will also come with a railway terminal for the movement of containers by rail to and from the port.

A couple of years ago, the GPHA opened seven valid bids from corporate entities and joint-venture companies, including a Ghanaian company, which wanted to partner the GPHA to expand the port.

The seven met all requirements that were set out in the tender documents issued by the GPHA after it announced an international competitive tender in March 2013 for the expansion projects.

Among the requirements were detailed engineering designs with cost estimates, details of how to procure the necessary credit facility to fund the projects, and proof of ability to undertake construction works with GPHA as borrower of the credit facility.

Bid values received ranged from $489million to over $2billion, depending on the phasing arrangement selected by the bidder, as the expansion works are planned to be done in five phases.

Last year, the GPHA carried out detailed evaluation of the bids over a four-month period before picking a winner.

The expansion project is borne out of GPHA’s effort to keep up the pace of development and expansion of its ports ahead of the rapid population and socio-economic demands of the country.

Aside from improving business at the port, the expansion works are expected to translate into more job opportunities for Ghanaians as there will be more stevedoring jobs and more jobs for agents and various stakeholders engaged in the sea-trade industry.

Traffic through Tema, the country’s main port, has been growing in sync with Ghana’s GDP growth, which averaged more than 8 per cent between 2008 and 2012.

Container traffic rose 48 per cent from 555,009 TEUs to 822,131TEUs in the period. The first phase of the project will include the provision of basic port infrastructure such as breakwater, quay wall foundation trenches, and dredging to adequate depths.

Phases two, three and four of the expansion works will add more container terminals and food/fruit terminals to the cluster, while the final phase will involve the construction of an oil and gas terminal and oil-rig servicing facility to target the burgeoning oil industry along the West African coast.