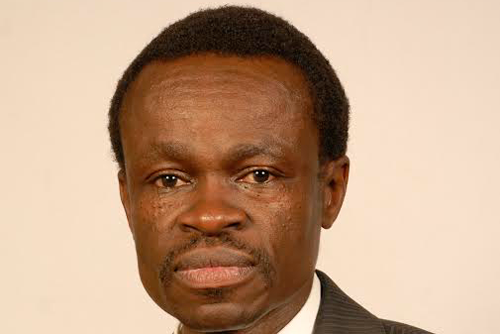 A renowned Kenyan pan-Africanist, Professor of Law and anti-corruption crusader, Patrick Loch Otieno (PLO) Lumumba has admonished the youth to remain resolute in their contribution towards development and unification of the African continent.

This he urged them to do without fear of vilification of critics for speaking the truth.

Professor Lumumba who was addressing members of the PLO Lumumba Foundation Ghana Chapter at the foundation’s ‘maiden general membership meeting’ charged participants to focus on the activities and programmes of the organization that was centered on Pan-Africanism, Anti-Corruption and Mentorship rather than concentrating on the negative comments by critics against the organization and its founder.

“So don’t be worried, you’ve got to be vilified for speaking the truth”, the Director of the Kenyan School of Law stressed, speaking from his personal office in Nairobi (Kenya) to participants from different parts of Africa via the zoom video conferencing platform.

Professor Lumumba who also doubles as the Founder and Chairman of the PLO Lumumba Foundation admonished members of the foundation to inculcate activities such as urban agriculture in their activities “since everything we do is aimed at eating, this would help feed ourselves and neighbours”.

The meeting, which was held virtually was an avenue for the foundation to brainstorm on issues pertaining to the welfare of members, future projects and programmes towards achieving intended goals and brought together the entire membership of the foundation in Ghana and other chapters present in other parts of the world.

The event was also addressed by some executive members of the foundation from Uganda, United Arab Emirates (UAE), Congo and Kenya.

Mr. Amos Onyango, Project Manager for PLO Lumumba Foundation commended the Ghana Chapter for the successes chalked so far since inception in July 2018 and emphasized the need for the local chapter to stay focus on their projects in order to achieve their goals.

Mad. Monica Kayesu, Country Director for the PLO Lumumba Foundation, Uganda chapter praised her Ghanaian counterparts for setting positive standards worthy of emulation and in continuing the works of Dr. Kwame Nkrumah towards the unification of Africa.

Mr. Nyave Yahaya Salifu, Coordinator of PLO Lumumba Foundation UAE chapter called for the need of membership motivation by leaders of the various chapters as well as inspiration of members to engage in politics since it provided an opportunity to impact society.

Country Director for the Ghana Chapter of the Foundation, Mr. Razak Awudu outlined the activities undertaken by the foundation which included; anti-corruption campaigns, leadership conferences and the hosting of the PLO Lumumba Mentorship Conference earlier this year and appealed to all members to legalize their membership by paying their dues promptly, effective September 1, 2020.

Head of Media and Communication of PLO Lumumba Foundation Ghana chapter, Mr. Joseph Kobla Wemakor who moderated the meeting called on members not to hesitate to enroll to become members of the noble foundation.
The PLO Lumumba Foundation is the brainchild of Professor Patrick Loch Otieno (PLO) Lumumba and was established 30 years ago with its headquarters in Nairobi (Kenya).

The foundation seeks to nurture young Africans as servant leaders, among others, and is present in 38 countries across the world, including; UAE, Germany, Finland and the US operating as chapters of the Mother Foundation.