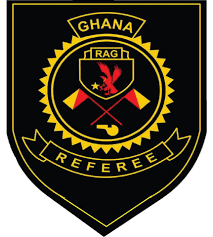 Retired Referee Joe Debrah, Chairman of the Referees Association of Ghana (RAG), has said there will be no such thing as “home advantage” as referees are poised in delivering firm and fair officiating in this year’s Ghana Premier League.

According to the Retired Referee Debrah, he remains hopeful of improved officiating that would ignite the passion of football among fans having gone through turbulence over past months.

“I am very confident my referees would do very well this season but regardless of my confidence in them, they are humans and are prone to mistakes but with the training they have received over the past months I believe they will do a good job,’’ he told GNA Sports.

He lauded the efforts and commitment made by the new Ghana Football Association administration in settling the outstanding debt owed the referees and believes it would boost the morale of referees in the ongoing season.

He refuted media reports which suggested any referees have been handed any bans this season saying he’s not aware of any such cases.

He urged clubs to comport themselves and follow the FA’s laid down regulations in seeking redress in case of dissatisfaction with officiating rather than resorting to violence which according to him would be dealt with through the necessary enforcement authorities.