Health Minister, Kwaku Agyemang Manu, on Wednesday encouraged expectant mothers to heed the counsel of medical practitioners in issues relating to newborns to help reduce the rate of infant and maternal mortality. 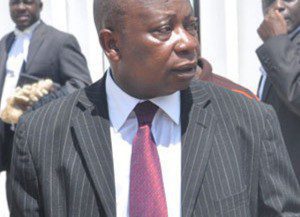 He said that although several clinics and hospitals abound with qualified medical professionals, many mothers still failed to take the advice of these professionals which often resulted in dire consequences in child health delivery.

Mr Agyemang Manu was speaking at the National Launch of Newborn Care Campaign held at the Dormaa Presbyterian Hospital as part of activities to celebrate ‘Dormaa Easter Homecoming’ festivity.

He said despite the significant gains made in reducing infant and maternal mortality by successive governments in line with acceptable United Nations (UN) standards and approval, a lot still needed to be done.

The Health Minister cautioned against stereotyping of health professionals, stressing such behaviour could derail efforts made in the campaign.

“Many newborn lives could have been saved but for the total negligence and disregard to the advice offered by health professionals to mothers. Some take these advices on the basis of how young, big or small a health professional is,” he noted.

Mr Agyemang Manu added that the sector Ministry as part of its core mandate would undertake and focus mainly on advocacy campaigns as a way of sensitising and educating Ghanaians on prioritised health related issues.

He said government was in the process of formulating a policy that will encourage the posting of junior doctors permanently to deprived and less endowed communities.

This, he noted, would help check the situation where people struggled to come from long distances in the rural areas to the urban centres to seek medical treatment.

“The government would achieve this by providing CHPS compound in each of these communities where they would be sent,” he added.

The Health Minister appealed to expectant mothers to share information given to them by the health professionals with other mothers in similar condition to help in the attainment and achievement of national goals on new born child care.