The assets, which include the T3 plant in the Aboadze thermal enclave, MRP at the Tema Thermal Power station and a parcel of land at the Kpone Thermal Power Station, are to be ceded to AMERI, Sunon-Asogli and the Ghana Power Generation Company (GPGC), all private entities. 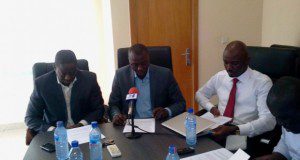 According to the Africa Centre for Energy Policy (ACEP), a critical energy policy think-tank, have described the decision to cede the T3 Plant to AMERI is ill-conceived.

It adds that, the plan creates the impression that the government is targeted at clouding VRA out of the western enclave for eventual takeover by private business concerns with vested interest to use Ghana Gas as their main source of generation.
In a statement released last week to the media, ACEP indicated that it has taken notice of attempts to hand over the Takoradi Thermal Plant Three (T3) to Ameri to repair and operate.

It stated, “In this critical period when all available resources must be deployed to bring idle generation plants into full operation, the decision to revive the T3 plant deserves our commendation.”

“However, we are worried about the mode of reviving the plant as that could injure the strategic role the Volta River Authority (VRA) is playing in ensuring our energy balance is not compromised.

“We recognize the efforts of VRA and its Engineers over the past five years of erratic power shortage, and the least government could do is take a decision that weakens the Authority.”

The statement signed by Dr. Mohammed Amin Adam, the Executive Director of ACEP revealed that, it is aware that government is contracting AMERI on a Build Own Operate and Transfer (BOOT) arrangement for 5 years.

But, on the contrary, ACEP exposed that, it is convinced that the arrangement is far from being a BOOT for the following reasons: AMERI will not be building any plant as the infrastructure is already installed, including a steam component and an interconnection infrastructure. AMERI is only required to supply and change the 4 gas turbines.

The Government of Ghana is required to make available the VRA personnel working at T3 to be utilized by AMERI for the operation of the plant and the cost and expenses of the personnel are to be borne by VRA. Thus, the arrangement provides for staff of VRA to be used to operate the plant and be paid by VRA not AMERI.

Therefore, with all these obligations to be executed by Government and VRA, the deal cannot be described as a BOOT. At best it can be described as Equipment Supply and Installations Contract, which VRA can deliver on given the same support.

We wish to state therefore, that if the role expected of AMERI is what is being promoted under this deal, then there is no need to cede the plant to it. It will be in the best interest of Ghana to support VRA to revive the plant.
The workers of VRA have therefore threatened to embark on a demonstration today to demand the return of the three assets to the Authority, stating that the three assets are crucial to the sustenance of the Volta River Authority as a major player in the energy sector in Ghana and the West Africa sub-region.

In a letter addressed to the Chief Executive of the VRA, Isaac Kirk Koffi, who appears to be on the side of the executive, the staff said, “We have resolved to utilize all available lawful means to resist the perpetration of unwarranted dissipation of the Authority’s assets.”

“We wish to state unequivocally that we are vehemently opposed to the overt and covert actions of the Ministry of Power which are in clear breach of section 2 Act 46, which establishes the Authority as an autonomous institution,” they said.

According to the workers who are led by the Union, they do not understand why government, without any consultation, would take a decision to cede those three important assets to a third party to manage.

The staffs warned that they would not yield to government’s intervention to stop them from going on demonstration.

However, the Deputy Minister of Power, John Jinapor, attributed the impasse to “miscommunication.”

Speaking to the media, he said the ministry would be meeting again with the workers and would address whatever concerns they have, if those concerns are legitimate.

Mr. Jinapor said whilst government is “not interested in dissipating the assets of VRA,” he believes there are always “strategic partners” ready to work with government to solve the power problems.

On why the government is parting with the parcel of land at Kpone, John Jinapor said companies do approach VRA for many transactions and if one of the companies wants a parcel of land and it is “good business,” it will be considered without foisting it on the workers.
Apparently, ACEP again noted that the attempt to deny VRA the opportunity to own and manage the plant in favour of what the government calls “a Strategic Investor”. ACEP said, “VRA in our view is already strategically placed to rehabilitate and operate the plant given that the plant is located within its premises; it has experienced staff and has already made investments in the plant.

“The failure by government to take the right political decisions is what has brought the plant to its current state.”

There is low adoption of Renewable Energy among SMEs—ACEP