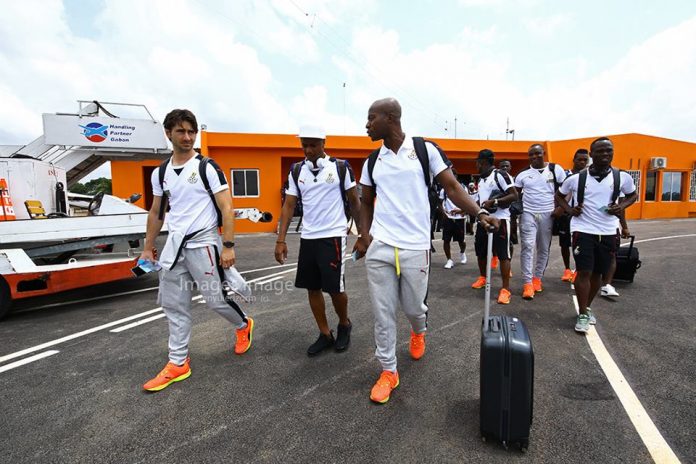 The Black Stars of Ghana who have been tipped by experts of African Football to win the ongoing 31st Africa Cup of Nations which is in the 60th year on the formation of the African Football Confederation (CAF). 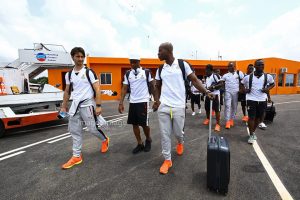 Significantly, Ghana which is the first nation to attain independence 60 years ago and it would be an icing on the cake if the Black Stars win their fifth Cup under President Nana Akufo Addo. It would be historic that after a change of government Andre Ayew can take Ghana to a height in football glory, like he did in 2009 with the junior national team.

For the Black Stars, they are making history on and off the pitch, because they are the only team that are going to play in all the four venues of the Africa Nations Cup, Gabon 2017.

They played their Group D Qualifiers in Port Gentil and flew to Oyem for the Quarter Final against Congo DR.
Now they are going to play the Indomitable Lions of Cameroun at Franceville and then move on to the Final or Third Place at Brazzeville, the capital town.

This has made it possible for the team and officials, as well as journalists and supporters to trek on water by boat and ship or in the air via helicopter to move from venue to venue.

The Black Stars also made history as the only team to play without a substitute, and they were pressing a playing better.

The Black Stars improve match after match, and if no player suffers any major injury like on Baba Rahman or skipper Asamoah Gyan is suffering, it looks like the Cup is coming to Accra.
Ghana versus Egypt will be another mouth-watering game to watch and again football people will ask, is it going to be repeat or revenge.

So far, the tournament has lived up to expectation, and the fans are enjoying each and every game.
New Stars are also emerging, and I bet you there is nothing sweet than African Football at the highest best point.

Black Stars back triumph over Nicaragua

Black Stars open camp today in France ahead of Brazil, and Nicaragua clash