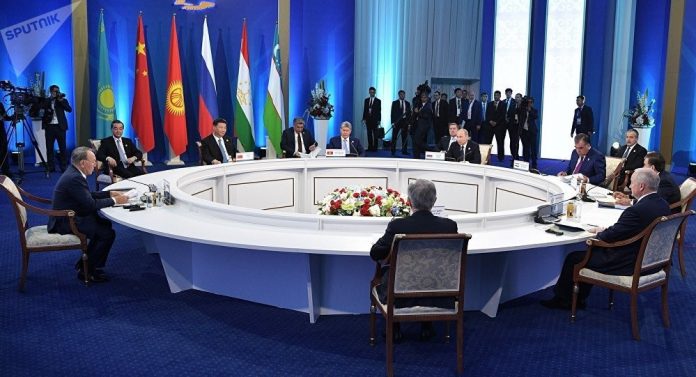 Experts on Friday urged the global community to embrace the China-proposed Belt and Road Initiative (BRI) to spur global integration and industrialization towards creating advanced urbanization in Africa and beyond.

They made the call on the sidelines of the ongoing 14th Global Forum on Human Settlements (GFHS 2019), being held on Thursday and Friday at the UN Conference Center in Ethiopia’s capital Addis Ababa, under the theme “Sustainable Development of Cities and Human Settlements in the Digital Era.”

Lu Haifeng, Secretary-General of the GFHS, told Xinhua on Friday that the global forum, which brought together close to 500 policymakers and experts from 52 countries worldwide, mainly envisaged “to share the advanced concepts, technologies and best practices in human settlement and urbanization with experts and officials around the world.”

“We have ministers, mayors, private sectors, civil societies gathering in one room to discuss on how to harness the opportunities of the digital revolution and make cities more sustainable, more resilient and more inclusive,” Haifeng said.

Haifeng, who commended the great importance that Chinese experts and policymakers gave to the high-level forum, said that “we at GFHS are very happy to see a lot of participants from China joining this gathering, and they also like to promote the Belt and Road Initiative between China, Africa and other regions.”

“We should communicate with African cities to learn the lessons from other regions’ previous mistakes in digital technologies so as to make advanced development,” he added.

The GFHS 2019, among other things, envisaged to provide a valuable platform for high-level dialogue among participating stakeholders from around the world, especially from Africa region, to look for leapfrogging opportunities that digital revolution is bringing for sustainable cities and human settlements, it was indicated.

William Sun, Secretary-General of Silk Sustainable Development Institute, also told Xinhua on the sidelines of the high-level forum that “Chinese policies have a permanent influence in this region.”

He also urged the global community to work together with China towards the realization of the major aspirations of the BRI as well as various other common development targets.

“For any investment there will be a problem, the question is how to solve problems and how we amend the direction,” Sun said, adding “we have another word — Shared Future for Human being. Let’s do this together for better connectivity.”

Over the past two days, experts and policymakers drawn from around the world are sharing innovative policies, strategies, technologies and examples on sustainable cities and human settlements towards the betterment of cities and the lives of urban dwellers.

The forum also commits to strengthen advocacy, capacity building, foster new partnerships, boost urban innovation, accelerate effective actions, and support various parts of Africa and beyond, to develop inclusive green sustainable economy, to promote pragmatic cooperation in the context of the BRI and to drive progress toward achieving the Sustainable Development Goal 11 and the New Urban Agenda.

The high-level international forum is co-organized by the GFHS, the United Nations Economic Commission for Africa (ECA), the International Telecommunication Union (ITU), and the World Urban Campaign. Enditem