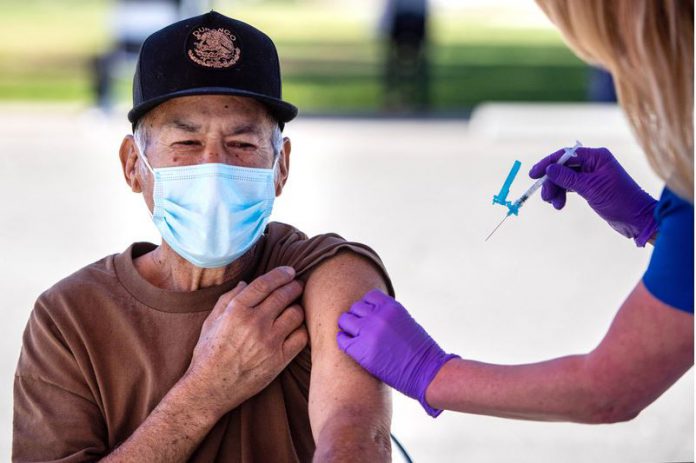 The Delta variant, which is believed to be more transmissible and cause more severe disease, could cause an upsurge in infections, but the levels will vary depending on the rates of vaccination in each area, said Scott Gottlieb, former commissioner of the U.S. Food and Drug Administration.

Models for Delta’s spread show the fall could see a peak of around 20 percent of the infections the United States recorded in January, but the distribution of those predicted surges is not even across all areas, Gottlieb said in an interview with CBS on Sunday.

“Connecticut, for example where I am, shows no upsurge of infection, but Mississippi, Alabama, Arkansas, Missouri, show very substantial upsurges of infection. That’s based entirely on how much population wide immunity you have based on vaccination,” he said.The Delta variant, which was initially identified in India in December 2020 and first detected in the United States in March 2021, has already been detected in over 40 U.S. states, according to the CDC.

CDC Director Rochelle Walensky warned this variant is expected to become the dominant strain in the Untied States, adding it is more transmissible than others. “As worrisome as this Delta strain is with regard to its hyper transmissibility, our vaccines work,” Walensky said.

New research suggests less vaccinated areas are at risk. Scientists at Helix analyzed nearly 20,000 COVID-19 tests collected since April and found the Delta variant is quickly rising in counties with fewer vaccinated residents, according to a CNN report. Experts have stressed vaccines are the key to containing the variants and reopening the country safely.

So far, studies suggest that the current authorized vaccines work on the circulating variants, said the CDC. Research are still underway on how long protection from the COVID-19 vaccines will last, and when a booster is required, Zhang Zuofeng, professor of epidemiology and associate dean for research with the School of Public Health at the University of California, Los Angeles, told Xinhua.

He urged more people to get vaccinated as soon as possible to keep the variants from taking hold. Zhang also stressed the importance of keeping social distance, wearing masks and personal hygiene as vaccines could not offer 100 percent protection.

Impact of COVID-19 on violence against healthcare

Call on experts to lead IMF negotiations – Adongo to Gov’t

3 Things To Remember Before Choosing The Perfect Steak: As Per Experts From Chaplin’s Steakhouse & Restaurant