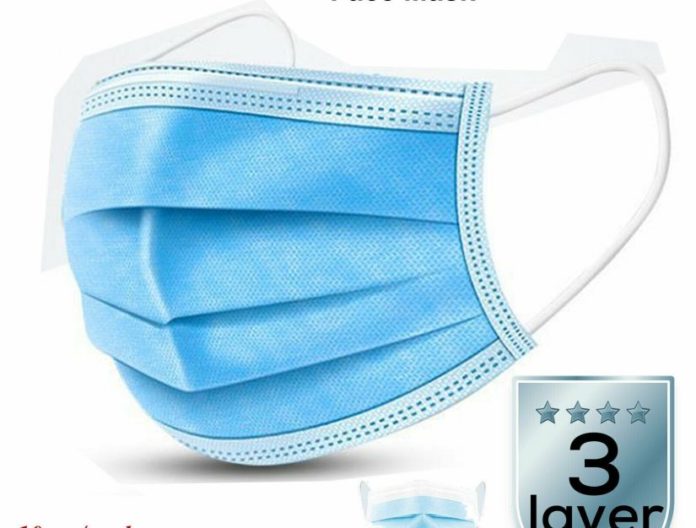 The face mask, which is one of the important protocols recommended by the World Health Organisation (WHO) to halt the spread of the global COVID-19 pandemic is almost a neglected protocol among residents of Wa.

The worrying neglect of such an important protocol, unfortunately, cuts across males and females as well as the different age brackets, thus, rendering the saying that: “We are not in normal times” a complete cliché among the ordinary citizens.

Public places and the neglect

It is even worse in public places such as market centres, funeral grounds and other public gatherings where the virus can easily and speedily spread among the populace.

In the Wa Central Market, where physical distancing is impossible to practice, one would have expected a conscious effort of wearing the face mask by all to help curb the spread of the disease, but no, it is rather the worse place as far as adherence to that protocol is concerned.

A few of those who spoke to the Ghana News Agency (GNA) claimed they have face masks but in their bags, aprons or containers certainly for them to quickly grab and put on should any task force team comes around to enforce the order.

Madam Kende Abu, a boiled corn seller at the entrance of the market, when asked why she was not wearing a face mask against COVID-19, she simply responded “The disease even fears us”.

Mujeeb Iddrisu, a cab driver agreed with Madam Kende as he knocked his chest as if he just won a World Banter Weight title and boasted that he was too strong to fall for COVID-19.

Madam Asana Hafiz, a Vegetable Seller, explained she feels very uncomfortable breathing anytime she wore her nose mask, adding that, she always carries it in her bag.

“If I get to a place and they demand that I wear it, I remove it and wear. But I can’t wear it for a long period because the heat is too much for me”, she said.

Hakeem Ahmed, a member of one of the small social youth groups in town said in their group, they know themselves and none of them have so far shown any signs and symptoms of the COVID-19.

“So we are not afraid to sit among each other and talk even without wearing the face mask”, he said.

Dr Damien Punguyire, the Acting Upper West Regional Director of Health Services said the issue of abandoning the wearing of the nose mask by the people has been a worrying situation for them in the region even though it is a countrywide situation.

“People are beginning to relax on the adherence to the protocols because they think the number of recorded cases by the Ghana Health Service (GHS) is beginning to drop”, he said.

He said that may be the case but they were also beginning to see an increase in cases in the western countries, which should be a wake-up call for them to continue to strengthen their response systems including adherence to the recommended protocols especially the wearing of the face mask.

Dr Punguyire said health authorities would continue to do their best but the people must also do their bid by changing their attitudes with respect to the adherence to the safety protocols.

A Regional Risk Communication Team was set up and charged with the mandate of sensitizing the public on the recommended protocols to ensure compliance to help curb the spread of the virus.

Mr John Viannie Maakpe, the Upper West Region Health Promotion Officer and Head of the Risk Communication Team of the Ghana Health Service said public sensitization was still ongoing even though he admitted it was not as aggressive as it was from the beginning.

This, he said was due to the relaxation of some of the restrictions in general.

Mr Maakpe, attributed it to the attitude of the people, the wrong perceptions and beliefs about the whole pandemic which according to him were difficult to change by the people unless the individuals themselves were willing to change.

According to the data, the Upper West Region recorded a total of 499 cases, with 480 recoveries, 19 deaths and zero active cases.

With the statistics in the region, one could deduce that the perception that the COVID-19 rate of infection was beginning to dip was not the case as far as the Upper West Region is concerned.

This, therefore, makes the neglect of wearing the face mask by citizens in public places a huge concern that must be checked.

Meanwhile, countries such as Tanzania, Namibia and the United States of America among a few others who declined in the use of the face mask have all recorded a surge in their case count.

WHO and the face mask

Masking according to the WHO is a key measure to suppress transmission and save lives – “masks should be used as part of a comprehensive ‘Do it all’ approach including physical distancing, avoiding crowded, closed and closed-contact settings, good ventilation, cleaning hands, covering sneezes and coughs, and more”.

It said, depending on the type (medical masks, non-medical masks, fabric masks); masks could be used for either protection of healthy persons or to prevent onward transmission.

Medical masks is recommended for health workers in clinical settings; anyone feeling unwell including people with slight symptoms such as muscle aches, slight cough, sore throat or fatigue; anyone awaiting COVID-19 test results or who has tested positive; and people caring for someone who is suspected or conformed case of COVID-19 outside of health facilities.

It is also recommended for the following groups including people aged 60 or over, people of any age with underlying health conditions including chronic respiratory diseases, cardiovascular disease, cancer, obesity, immunocompromised patients and diabetes mellitus to use.

Non-medical or fabric masks could be used by the general public under the age of 60 and who do not have underlying health conditions.

Directive on the use of face mask

Section 170 (1) of the Act provided that the Minister of Health may order an individual to take a preventive measure in respect of public health matters.
Based on this, on 25th April, 2020, the Minister directed through a press release signed on his behalf by Dr Patrick Kuma-Aboagye, the Director-General of the Ghana Health Service, the use of face mask in all public places where it may be difficult to maintain social distancing.

“The general public is encouraged to wear mask or face covering when going out whether sick or not or attending to a sick person”, the statement said and stressed that incorrect use of the face mask carries a high risk of infection.

The statement listed food vendors and sellers at market places, commercial vehicle drivers and attendants, commuters on public transports, persons in public and commercial centers, facilities and buildings including but not limited to offices, bars, workshops, restaurants, sports arenas and spars, saloons, shopping malls, churches, clinics and hospitals and all other facilities accessible to the public whether privately or publicly owned as the groups or persons required at all times to wear the face mask.

In his 22nd address to the nation, Sunday, 17th January 2021, on the government’s efforts to deal with the pandemic, President Akufo-Addo described the recent increasing number of infections as worrying.

“I have instructed the Inspector General of Police (IGP) to direct Officers, men, and women of the Police Service to ensure the rigorous enforcement of the law on mask-wearing at all public places and in public transport”, said the President.

Following the President’s Directive, a Regional Taskforce was constituted in the Region and at the initial stages, everyone felt their presence as they were often found at every public place enforcing the protocols.

During this period, people would always caution each other not to use certain routes without wearing a face mask for fear of meeting the task force.

Those who found themselves at the wrong side of the law received some beatings and punishments for flouting the face mask protocol during that period.

The task force, however, is no longer seen actively enforcing the protocols as it used to be at the beginning, a situation that leaves many wondering whether the task force has been dissolved and whether that could mean that the country was free from the threat of the pandemic.

Inspector Gideon Ohene Boateng, Head of Public Affairs, Upper West Regional Police Command, insisted that the task force was not dissolved and that it was still in place and was working.

He, however, admitted that the task force enforcement activities were not as aggressive and visible as they used to be in the beginning, the reason, he could not clearly justify.

The face mask as an important protocol in halting the spread of the deadly virus must not be allowed to be neglected by citizens in public places.

However, it is very evident that without the active supervision of the task force, the face mask would continue to remain an important yet a neglected protocol among the citizens.

Enforcement of its usage should not only be at government functions and other seminars, workshops and conferences as well as the churches.