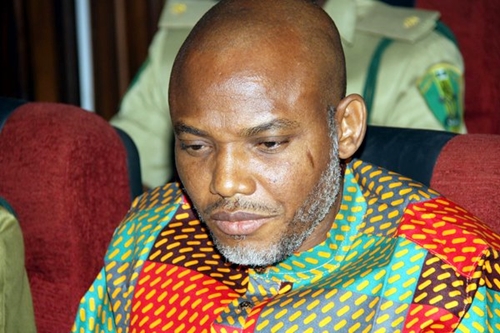 Facts have emerged on the real reason the Turkish government have met with Nnamdi Kanu, leader of the Indigenous People Of Biafra (IPOB).

According to Emmanuel Kanu, the IPOB leader’s brother, the Turkish government wants to partner with the group’s leadership in the areas of infrastructural programmes designed to promote education, roads reconstruction and other projects.

In a statement released by Emmanuel, this partnership idea was made known during a meeting between “the very first emissary sent to Biafra land by the Turkish government, Abdulkadir Erkahraman and representatives of IPOB.

“During the visit, Erkahraman said he came to seek ways to partner IPOB leadership and Biafrans in general in the areas of infrastructural programs designed to promote education, roads re-construction and other projects which will be unveiled in no distant time.”

Erkahraman had reportedly noted that, “Biafrans are very hard working and great people to work with”, adding that the Turkish government would welcome a transparent and trustworthy relationship with the leadership of IPOB represented by Kanu

Secession: If The East Goes, The West Won’t Go!

CJN Cannot Be Uprooted by Force