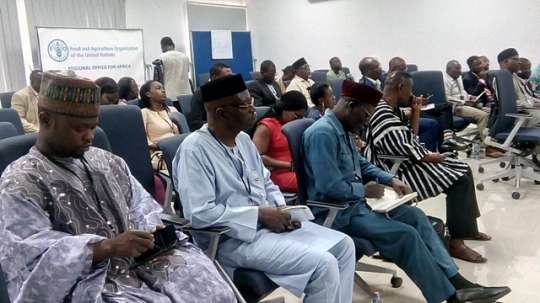 The Ghana Health Service (GHS) has called on churches, mosques and Non-Governmental Organisations (NGOs) to use their various platforms to sensitize their congregation and members on Coronavirus (COVID-19) preventive measures.

Dr Badu Sarkodie, the Director for Public Health (GHS) in a presentation made on his behalf said COVID-19 outbreak has advanced rapidly to over 115 countries including Ghana and further global spread was likely, adding that the only way out was prevention as treatment was very expensive.

He made the call at an awareness creation workshop for Faith-Based Organisations and Non-Governmental Organisations on COVID-19 in Accra.

The programme, organized by the Ghana Health Service was to empower religious leaders and Non-profit organizations by providing them with the necessary information about the disease to enable them play lead roles in the fight against the virus.

He said with Ghana now recording two confirmed cases, all possible actions needed to prevent its potential spread especially in religious organizations was necessary as there was no vaccine.

He educated participants on the mode of transmission of the disease, its signs and symptoms such as cough, shortness of breath, difficulty in breathing, fever, and pneumonia.

According to him, government was doing everything possible in terms of preparedness to prevent the spread of the disease.

He urged churches and mosques to make hand sanitizers available for people to sanitize their hands before entering the holy ground and ensure that they practiced proper hand washing etiquettes.

“Ensure all hard surfaces that are frequently touched, such as door handles, handrails, taps and pews are cleaned regularly with household detergent,” he stated.

He entreated people who were ill and show any of the signs and symptoms of COVID-19 not to attend public gatherings but rather stay at home and contact their Teleconsultation center on 0509497700 or 0558439868 for immediate response.

“If within the past 14 days before you became unwell, have travelled to China or any of the affected countries, been in contact with a person who have been confirmed to have the disease, or attended/worked in a healthcare facility where patients with COVID-19 were being treated, then, contact any of the numbers above,” he stated.

This according to him would help reduce the contact as much as possible as the act contributed to the huge number of recorded cases in some countries.

He advised schools to also implement this personal protective measures among students and pupils to aid the fight against the disease.

He announced that television advertisement, public announcement in about 23 languages to educate people on COVID-19 as well as short code for instant information were being shared.