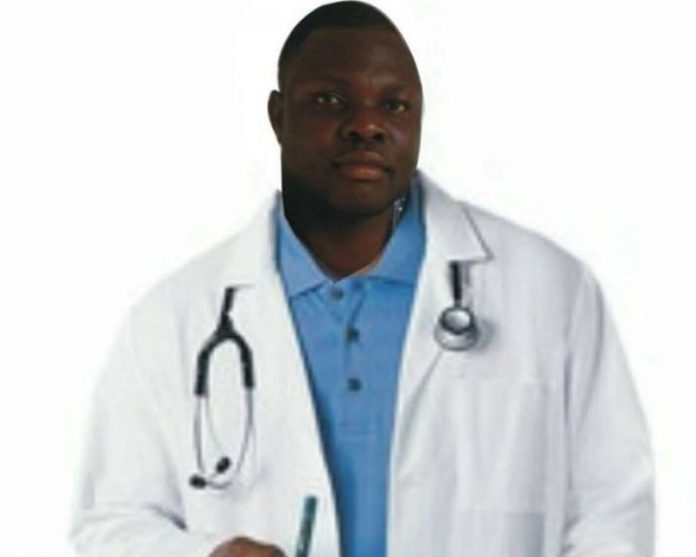 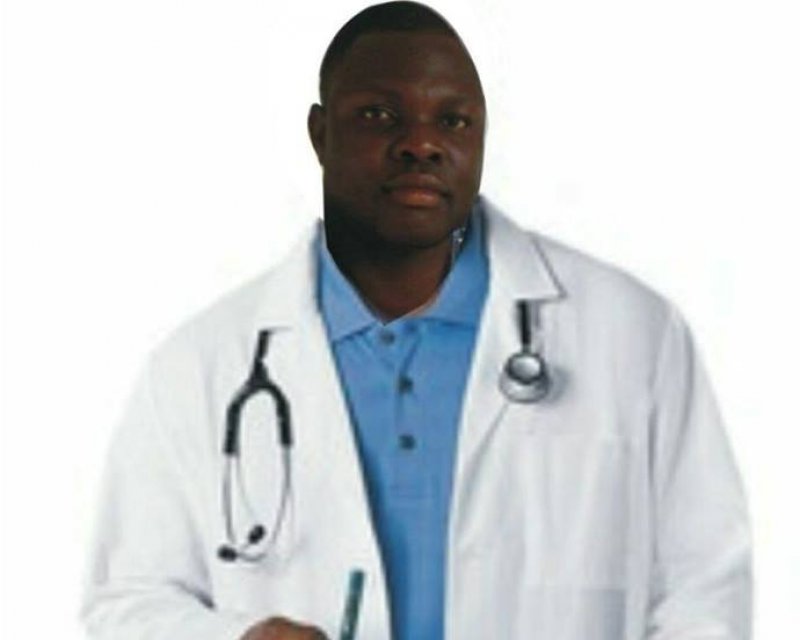 A 32-year-old self-styled medical doctor and resident of Kpong in the Manya Krobo Municipality of the Eastern region, Michael Hope Amunu, has been arrested for allegedly defrauding unsuspecting youth mainly in the Krobo area in a well patronized recruitment scam.

Angry residents largely made up of youth who paid various sums of money ranging from GHC 750.00 and 2,000.00 to the suspect, last Friday, besieged the Odumase-Krobo Circuit Court when news went viral about the arrest and prosecution of the suspect and his accomplices.

So far, 58 people of varying ages and background including artisans and students from different parts of the region and also from Ho in the Volta Region are said to have paid in excess of Sixty Thousand Ghana Cedis (GHC 60,000.00) to the suspects in return for an enlistment into the security services, including the Armed Forces, Police and Immigration Service.

On Sunday June 19, 2016, one Patience Tetteh, a 31-year-old resident of Nuaso, reported Michael Hope Amunu to the Korletsom Police for defrauding her and 57 others to the tune of GHC 60, 180.00 with the assurance of enlisting them into a security service of their choice.

According to her, she first met Amunu in November last year and they struck a friendship which was to transform into marriage as proposed by the latter.

She stated that in the course of their friendship and preliminary discussion on the way forward for the proposed marriage, she hinted Amunu – who posed as a medical doctor, with the name Dr. Dickson stationed at the VRA Hospital, Akosombo – about her failed attempts and frustrations at enlisting into the Ghana Immigration Service (GIS).

Amumu then offered to assist her through his father, one General Lieutenant Tamakloe Tsikata, a military officer stationed at the Flagstaff House.

Caught in the excitement over the prospects of enlistment this time round through the support of the suspect, she informed two other colleagues with similar ambitions, Ayer Divine and Collins Mensah, who each paid GHC 1000.00 in December last year to facilitate the process, while Patience herself parted with GHC 400.00.

The number of victims kept rising as news went viral over the new found “messiah”, Amunu.

Sixty people subsequently paid between GHC 750.00 and 2,000.00 through a designated mobile money account (registered under the name, Tettey Kwame Bright), ignorantly assisted by Patience who was basking in the hope of a successful enlistment.

Two of the victims however, backed out later for reasons yet to be established.

By January this year, measurements were taken of all the victims for their uniforms and were assigned their protocol recruitment codes including the likes of ER/001/001 and ER/003/411 as sighted by the Daily Graphic.

They were also assigned their respective training centres where they were to report at a later date to be confirmed by the suspects.

A breakdown of the payment as narrated by some of the victims included cost of recruitment forms of GHC 50.00; medical examination fees of GHC 150.00, uniform fee of 100.00 as well as fees for tools which was pegged at GHC 150.00.

Others were costs for verification of certificates, GHC 20; General Knowledge Test, GHC 50 and ID cards of GHC 30.00, among several others.

In February this year, when the road to their enlistment became hazy and fraught with suspicion, the victims including Patience started demanding a refund of their monies amidst incessant threats by the other victims to Patience who naively assisted them throughout the process.

Amunu became evasive from that point, would not pick calls and could also not be traced from his residence at Kpong quarters.

Report and arrest
Out of frustration and the constant harassment from the others, Patience on Sunday June 19, 2016 lodged a complaint with the Korletsom Police who tracked and arrested Amunu at his hideout at the residence of his wife, one Sarah at Nuaso (Kasimu lane) around 10:00pm on Thursday July 14, 2016.

He then pointed to an accomplice, one Theophilus Tetteh, 29, an Auto Sprayer who was also arrested at his residence at Nuaso Larteh.

On Friday July 15, 2016, the two were arraigned and remanded in Prison custody by the Odumase-Krobo Circuit Court to reappear on Friday July 29, 2016 because they couldn’t fulfill the bail conditions, granted on the plea of their counsel.

The court, however, could not sit last Friday when they made their appearance because the Presiding Judge was out on an official duty.

Report from other victims

Two other victims, Nomo Theophilus, a carpenter from Nkurakan and Narh Daniel, unemployed from Somanya also lodged a formal complaint with the Korletsom Police about similar experiences at the hands of the two suspects.

They indicated that Amunu and his ally offered to help them through the former’s father, to enlist into the Armed Forces.

They were subsequently issued with a forged document bearing the inscription “Protocol Selective Medical Examination 2015/2016”, which they dully filled and returned to Amunu.

Upon such false representation, the victims became interested and each paid GHC 1000.00 as demanded by Amunu after which the suspect told the victims to report at the El-Wark Sports Stadium on Friday January 29, 2016 for screening and selection- what was to be a mere formality.

Subsequent payments of GHC 350.00 were each made through same mobile money account to cover the cost of medical examination, training equipment and ID.

On the date for the screening, the victims tried to reach the suspects for further directives but they could not be reached through their hitherto active phone lines.

All efforts made to trace them failed, necessitating their complaints to the police.

Interview with the Police

In an interview with the Police, the Korletsom District Police Commander, ASP Harry Selormey, confirmed the arrest and corroborated the narrative, indicating that investigations were still underway.

He stated that though Amunu posed as a medical doctor before the victims, he told the police in his statement he was a teacher but fell short of stating the school where he teaches.

A search conducted by the Police at Amunu’s residence revealed a number of (what looked like forged) forms of the various security services, mainly the Armed Forces, filled and endorsed by some of the victims.

Another one embossed with the coat of arms (at the top left) and the logo of the Ghana Health Service (top right) with the inscription “Protocol Selective, Medical Examination For Successful Recruitment” were also retrieved from his residence together with filled admission forms of some health training institutions such as the Ho Nurses Training School and another generic one from the Ministry of Health (Department of Nursing and Midwifery).

The case has since been adjourned to Friday August 12, 2016.