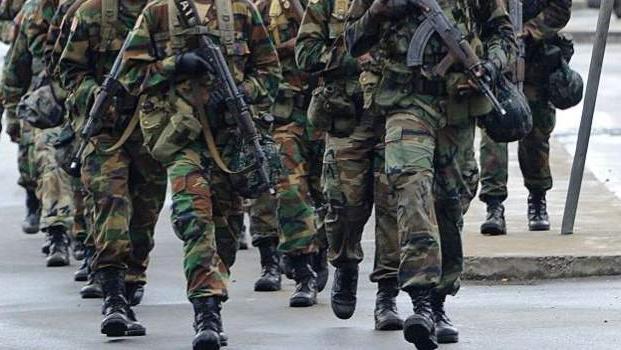 Ninety-four year old World War II Veteran, Ex-Sergeant Kwabena Manu, on Thursday, brought fond memories of the agony of many soldiers as he read the Binyon verses, at the 76th Remembrance Day, held at the Cenotaph, in Kumasi.

It was aimed at paying tribute to fallen Ghanaian soldiers who perished in the line of their duties, and also honoured gallant officers and men who contributed in diverse ways to sustain peacekeeping missions globally.

“They went into battle, they were young, straight to limb, true of eyes, steady and glow; they were staunch to the end against odds uncounted. They fell with their faces to the foe.

They shall grow not old, as we are left to grow old. Age does not weary them, nor do the years condemn.

At the going down of the sun and in the morning; we shall remember them,” he read like a poet at the ceremony.

This was after the siren had been sounded to signify the end of hostilities at exactly 1100 hours at the 11th minute.

The last post was also sounded with a two-minute silence also being observed in remembrance of the departed souls.

The programme saw officers and men mounting a parade in honour of the fallen heroes.

Mr Simon Osei-Mensah, the Ashanti Regional Minister, laid a wreath on behalf of the government and the people of Ghana, while Brigadier General Joseph Aduku Aphour, General Officer Commanding the Central Command of the GAF, laid on behalf of the security services.

The programme had in attendance representatives of the various religious bodies, who took turns to say a prayer for the fallen souls.

Four Ghanaian peacekeepers to be honoured posthumously at UN ceremony