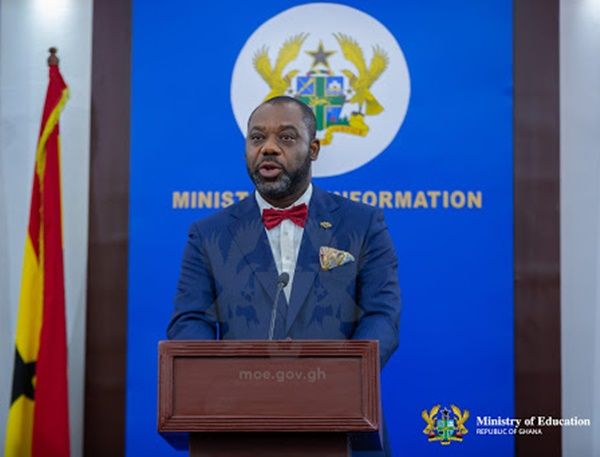 Dr Matthew Opoku Prempeh, the Minister for Education has given assurance that President Nana Addo Dankwa Akufo-Addo is committed to ensuring that no child in Ghana denied access to senior high school education

He said President Nana Akufo-Addo will also ensure that no child is left behind for the sole reason that their family was unable to pay for their education.

The Minister added: “In our effort to achieve greater access to education, we recognize that access alone is no adequate in guaranteeing the quality education we desire.

“For this reason, the government is committed to ensuring quality and relevant education that will produce confident, skilled and global citizens who are ready and able to compete with their counterparts anywhere in the world.”

In a statement on “Education and Teacher Reforms” presented to Parliament, the Minister said from the very beginning of the Administration of the governing New Patriotic Party, it resolved to pursue bold and transformative measures to address fundamental challenges that had undermined education, including access to, equity in and quality of education.

He outlined some of the measures as the increase in the Capitation Grant from GHc 4.5 per child per year to GHc 10 in 2017/18 academic year and observed that the 122% increase in per capita Capitation Grant had contributed to removing the cost barriers to free access and provide schools with the minimum amount of funds required to keep schools running.

Dr Opoku Prempeh noted that learning outcomes were low across the pre-tertiary levels of education.

He said both in 2013 and 2015 Early Grade Reading Assessment (EGRA) and Early Grade Mathematics Assessment (EGMA) results showed that by the end of Primary 2, only 2% or less of pupils could read with fluency and comprehension, whilst the majority of pupils do not perform well in mathematics beyond the procedural level.

In the National Education Assessment (NEA) conducted in 2016, only 11% of Primary 6 pupils were proficient in Mathematics.

The Minister said the initiatives, which he described as “well thought out” since 2017 are beginning to yield results, and referred to the 2018 National Education Assessment proficiency rate in Mathematics increased from 11% in 2016 to 22% in 2018.

To improve performance, the Minister said the Government had invested in the supply of relevant instructional resources to schools, recruited and deployed teachers, provided in-service training to teachers with a focus on mathematics and science, and strengthened school leadership and management.