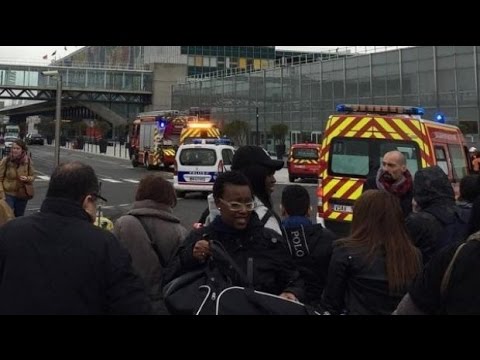 The father and brother of the assailant who was shot dead after trying to seize weapon from a soldier at Orly Airport Saturday morning, have been placed in custody, according to judicial source cited by local media. 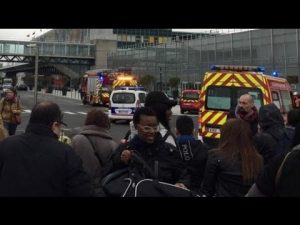 These are “classical” measures in this type of case, according to the same source.

French Interior Minister Bruno Le Roux confirmed earlier that the assailant was known to the police and intelligence services.

At about 8:30 a.m. local time (0730 GMT), the man was trying to seize weapon from a soldier of Sentinelle operation at Orly south terminal, but he didn’t succeed and was neutralized, according to Le Roux.

It is believed that at about 6:55 a.m. (0555 GMT) Saturday morning, the man had shot at three police agents when they were trying to check his car near Stains, north of the Paris region, before fleeing. He was seen later at Vitry-sur-Seine in the southeastern suburbs of Paris, for car-jacking before leaving to Orly airport.

The man has assaulted one of the Sentinelle soldiers, added Defense Minister Jean-Yve le Drian.

About 3,000 passengers were evacuated from Orly south terminal. No explosive was found during the clearance operation.

Anti-terrorist prosecutors has been taking charge of the investigation. Enditem

Dozens taken into custody after overnight clashes in Jerusalem