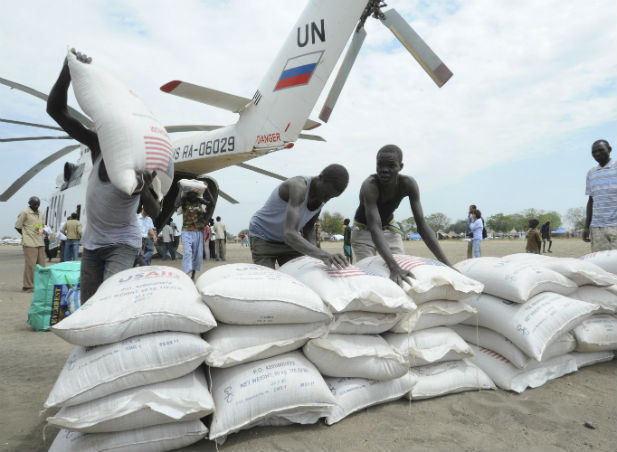 Famine is stalking Africa, threatening unprecedented levels of starvation. Famine has already been officially declared in parts of South Sudan’s Unity State, Somalia, and sections of the Borno State in Nigeria. Somalian officials reported 110 human beings perished from hunger in forty-eight hours in one region in the first days of March. One cannot imagine how parents cope watching their children slowly, painfully expire. Famine in Africa is not only unconscionable, but a crime against humanity, because it can be prevented. Only through an entirely new paradigm, that eliminates poverty through infrastructure-led development, which can and must be done, will death by starvation finally be eradicated from the entire continent. In about 30 years, China has lifted 750 million of its people out of poverty, and has pledged to help Africa eliminate poverty from its vast continent as well. Nothing less than this is acceptable. What is urgently required is; intention and vision for a better future.

The United Nations humanitarian chief Stephen O’Brien told the UN Security Council that the world faces the largest humanitarian crisis since the United Nations was founded in 1945. More than 20 million people in four countries are facing starvation and famine, O’Brien said, and that “without collective and coordinated global efforts, people will simply starve to death” and “many more will suffer and die from disease.” The four nations facing immediate catastrophe are; Yemen, South Sudan, Somalia, and northeast Nigeria.

According to international food organizations, famine is declared if more than 30% of the population is acutely malnourished; one in five households within a vicinity face extreme food shortages; and two or more people or four children die per 10,000 daily.

Somalia
Of its 6.2 million population, more than half are in need of aid, with 2.9 million requiring immediate assistance, and 270,000 children suffering acute malnutrition. Somalia has suffered two consecutive years of drought. In the 2011 famine, Somalia lost 260,000 people; over half were children under the age of five. Many experts fear that, unless immediate action is taken, there is the potential for a full-blown famine, possibly exceeding the 2011 death totals.

South Sudan
As this poor landlocked nation is approaching its sixth anniversary of independence, its living conditions are horrific. The UN reports: almost 5 million people–40% of the population–are in desperate need of food; and 100,000 people in Unity State are presently struggling to survive the reality of famine. UNICEF reports that 1 million children are estimated to be acutely malnourished, and 270,000 children are suffering from severe malnutrition.

Northeast Nigeria and the Lake Chad Basin
In the four nations of Lake Chad Basin–Nigeria, Chad, Niger, and Cameroon–the UN estimates that 10.7 million people require assistance, with 7.1 million categorized as food insecure. In the Northeastern Nigerian states of Borno, Adamawa, and Yobe, the UN reports that 400,000 children are at risk of from famine, with 75,000-90,000 facing immediate danger of dying from hunger.

To avert the further spread of famine, UN Secretary General António Guterres has requested upwards $5.6 billion, with a majority of the funds needed as soon as the end of March, the New York Times reported. Guterres also appealed for $825 million in aid to address drought and cholera in Somalia. So far only a small portion of these goals have been met.
In response to drought, famine, and other disasters, emergency aid is necessary to save lives, and is a moral responsibility. However, we must have the courage to admit to ourselves that simply providing aid is an inadequate response by the UN and the international community. Yes, many of these nations suffer from the interrelationship of civil strife, and famine. A paramount underlying cause of both is the inability to provide the basic necessities of life due to severe underdevelopment of their economies. This essential and fundamental truth has been overlooked or deliberately ignored for over five decades, until the recent extension of China’s Silk Road onto the African continent.

In the years following the “Winds of Change,” as African nations freed themselves from the yoke of colonialism, many became food self-sufficient or nearly so due to abundant fertile soil. Objectively, there is no justifiable reason for hunger to exist anywhere in Africa. Given the large areas of uncultivated, but arable land available in Africa (the most abundant on the planet), Africa not only has the potential to feed its own expanding population, but also become a net food exporter to Asia. Thus, to allow Africans to die from hunger is not only criminally immoral, but actually “un-African” at its roots. The not-so-secret missing ingredient for Africa to achieve its agricultural potential is: physical economic development of vital infrastructure.

What Is Actually Required To Prevent Famine

All functioning, i.e., growing economies, depend on a platform of integrated infrastructure, especially in categories of rail, energy, roads, and water projects, because of their essential, irreplaceable contribution in raising the productivity of the labor force. It has been the failure of Western institutions to assist the emerging nations of Africa in securing the necessary infrastructure across the continent that is the long-term cause for the crisis that African nations face today. Some may object to such an analysis, but history has proved that it is the long waves of policy that shape the present and the future. After suffering hundreds of years of slavery that ripped apart the social fabric of the continent and tortured the cultural soul of Africa, another century of brutal-exploitive colonialism followed. The best form of justice would have been to assist these newly formed nations in becoming economically sovereign. Presidents Franklin Roosevelt and John F. Kennedy had this vision, but tragically, it was not shared by other leaders.

Lack of economic growth has a great deal to do with ethnic warfare and the spread of terrorism. Poor people, reaching to find enough water, food, and land for their very survival become desperate, and desperate people become victims of manipulation in violent conflicts, as well as easy recruits to extremist groups. Economic growth that provides the citizens with means to exist, and hope for a better future, is the great “mitigator” against desperation and alienation that leads to violence.

So far, mankind has not been able to prevent draughts, but mankind can prevent draughts from causing famine. How? With infrastructure, nations can mitigate the deadly effects of draughts by utilizing irrigation, and water-management projects, generating sufficient energy to pump water; railroads for transporting food to the needy from other parts of the state and from other countries not as severely affected, and by creating integrated industrial–agricultural sectors capable of producing a surplus of food.

Can anyone deny that the extreme poverty rampant throughout the nations of the Lake Chad Basin is not a major factor for the spread of Boko Haram? Can anyone deny that the paucity of electrical power for Nigeria’s 190 million people along with sky-high rates of youth unemployment are not contributing factors to the multifaceted crisis in northeast Nigeria? Was it not patently obvious that the creation of the new nation of South Sudan, without first establishing a stable economy providing the basic needs for its people, especially food, was at serious risk from the beginning?

For example, had the East-West railroad, connecting the Horn of Africa along the Gulf of Eden and Indian Ocean, across West Africa to the Atlantic Ocean, been built, Africa would have achieved new levels of economic growth for all the nations involved. A similar effect would have occurred, had the South-North railroad along African’s eastern spine been developed. If the great inter-basin water transfer project known as Transaqua, capable of transferring billions of cubic feet of water from the Congo River Basin to Lake Chad, while creating an economic corridor between the nations of the Great Lakes and the Lake Chad Basin, been built thirty years ago, when it was first proposed, how much suffering and death could have been prevented. Finally, in December 2016, ChinaPower signed an agreement with Nigeria for a feasibility study on a portion of the long overdue Transaqua project.

A New Opportunity to End Famine and War

In this century, infrastructure projects are being built across the African continent for the first time, as an extension of China’s Silk Road and Maritime Silk Road policy, also known as the Belt and Road Initiative-BRI. China is collaborating with African nations to build railroads at a rate never seen before on the continent. Discussing the importance of railway development, the Chinese Minister of Commerce recently stated: “Africa is an important part of the One Belt rail initiative.” China’s five biggest foreign railroad projects are in Africa. Premier Li Keqiang announced China’s intention to help Africa connect all its capital cities by modern rail lines. What effect will this have on the economies of Africa? Nothing short of an economic revolution spurring unprecedented levels of trade and commerce!

As the expression goes, China is putting its money where its mouth is, when the West has firmly rejected financing any significant investment in infrastructure for Africa. Between 2000 and 2014 China made $24.2 billion in loans to finance transportation projects in Africa, according to the China Africa Research Initiative-(CARI). China financed the recently completed Addis Ababa, Ethiopia-to-Djibouti electrified train at $4 billon. China will provide $13 billion to finance construction of the Standard Gauge Railroad (SGR) in Kenya. The first phase of a rail line for passengers and freight from Mbassa, the largest port in Africa, to Nairobi, Kenya’s capital and further north to the major market in Naivasha is to be completed by the end of this year. The Horn of Africa will be transformed as the SGR is extended to the capitals of Kenya’s five neighboring states: South Sudan, Uganda, Rwanda, Burundi, and Tanzania. The longer-term vision is for the Addis Ababa-to-Djibouti rail line and the SGR to become eastern part of the East-West railroad.

With Chinese financing and Chinese construction companies, Nigeria is building a standard rail gauge from Lagos to Kano for $7.5 billion, with stops in Ibaden, llorin, Mina, and Kaduna. China has signed an agreement with Nigeria for $12 billion to construct a coastal rail line from Lagos to Calabar. China has also financed the light rail system in Addis Ababa, and light rail lines in Nigeria’s capital Abuja, and its former capital and largest city, Lagos. China has already financed $22 billion in infrastructure projects in Nigeria, with another $23 billion ongoing, and $40 billion more are in the pipeline, according to Chinese Foreign Minister Wang Yi, when he spoke last month in Abuja. For Nigeria, a country filled with megacities inhabited by its huge and expanding population, rail transportation is a game-changer.

In addition to funding rail construction, Chinese companies are involved in other important infrastructure across the continent, including new ports, highways, and airports, reaping $50 billion a year on their investments, reports CARI.

Aboubaker Omar Hadi, chairman of the Djibouti Ports and Free Zone Authority stated bluntly: “We approached the U.S., and they didn’t have the vision. They are not thinking ahead 30 years. They only have a vision from the past as a continent of war and famine. The Chinese have vision.”

It should be emphasized that these rail projects along with other infrastructure projects being built and financed by China will generate hundreds of thousands of skilled jobs for Africa’s unemployed.

While the West is infatuated with off-grid, lower technologies like wind and solar; construction of hundreds of nuclear power plants, that offer the best and most reliable form of energy, is the next challenge. If the expansion of nuclear power follows the rate of growth of rail development, then famine, abject poverty, and war will become a distant memory. If the new Washington administration breaks from previous US policy, and decides to collaborate with China with its “win-win” approach for all nations to join the Silk Road, then the long overdue industrialization of Africa is eminently feasible. 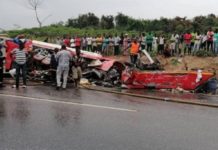 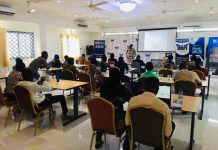