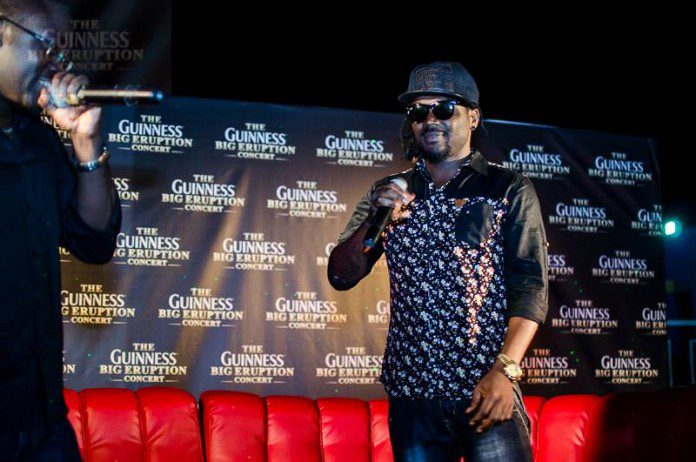 When Samini stepped on stage at the Saminifest, fans were full of excitement, as many had patiently waited till the next morning, to watch Samini perform after performances from Gasmilla, Pappy Kojo, VVIP, Joey B, Kofi Kinaata and many more.

Few seconds after Samini mounted the stage, a fan in the front row couldn’t hide his excitement, as he held the artiste’s legs from beneath the stage, in an attempt to bow down to him. Samini who seemed as though he didn’t realize his legs had been grabbed, fell down backwards, as he attempted to move from his position.

This move from the fan, however didn’t kill the fun. Samini got back on his feet to perform, and later freestyled with the incident which had just happened, with no need to jot down some lines. He’s so talented!

Watch the video below!