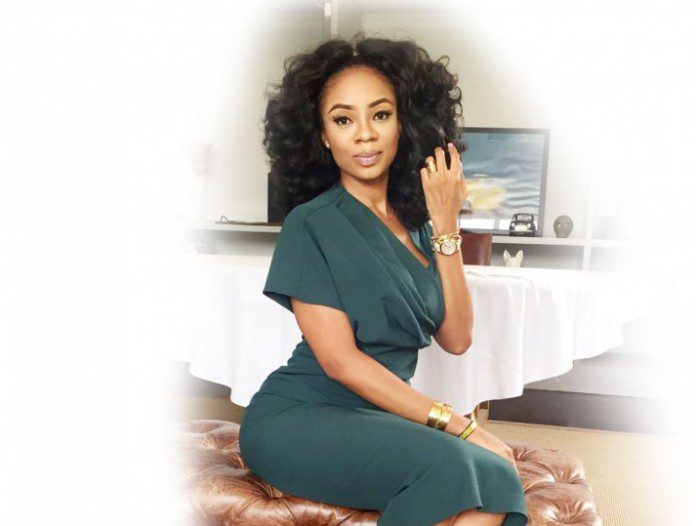 Sharp-tongued and brash pundit of GHOne’s Glitterati show, Serwaa, is unfazed by backlash from her critics and calls by fans for her to be yanked off the show because she is perceived to be too rude for TV.

Long before being attacked by actress Beverly Afaglo on Instagram for unsavoury comments Serwaa allegedly made on the show against her husband, musician Choirmaster, there had been agitation on social media platforms such as Instagram and Twitter for her to be taken off air.

Two months ago, Beverly took the TV personality to the cleaners, calling her an attention seeker and other unprintables for harsh comments made against the actress’s husband, after Serwaa advised Choirmaster ­­­to rejoin his former award-winning group, Praye, because the musician formerly known as “Praye Honeho” had not been able to do much for himself since he left the group two years ago.

Five months ago, Serwaa was a guest on Glitterati and eventually became a regular pundit on the show. Fans immediately took notice of her due to her sharp tongue and blunt nature which won her as much fans as critics. But for Serwaa, she insists she is unfazed by the criticism because Ghanaians do not like hearing the truth.

In an interview with Showbiz, Serwaa, real name Maame Serwaa Amihere said although sometimes some of the harsh criticism by fans got to her, she would continue being herself because she had always been a blunt person even outside television and would not put up an act to gain attention and popularity.

“I just do not care about what people who do not know me say as long as the people I work for have no complains. Everything I say is exactly what a lot of people are thinking about but are just not bold enough to voice them. I have no problem speaking the truth. That is the way I am. I am just being myself”, she said.

Throwing light on the incident between herself and Beverly, Serwaa said “Beverly does not know me but she felt the need to insult me on air and on social media even though she had not watched the video herself.

“She had said a friend had called her about the issue but she should have watched it herself before attacking me.

“I never said I felt like puking whenever I see Choirmaster, it was just my opinion I shared and I believe viewers felt the same way.

“It was a mere misunderstanding between Beverly and myself but I guess it comes with the job”, she insisted.

Maame Serwaa’s five-month journey on GHOne started when she first visited a friend who worked at the television station. After sometime, she got invited as a guest and the rest they say is history.

With a background in business administration at Methodist University, the businesswoman turned presenter is now gearing up to host her own show.