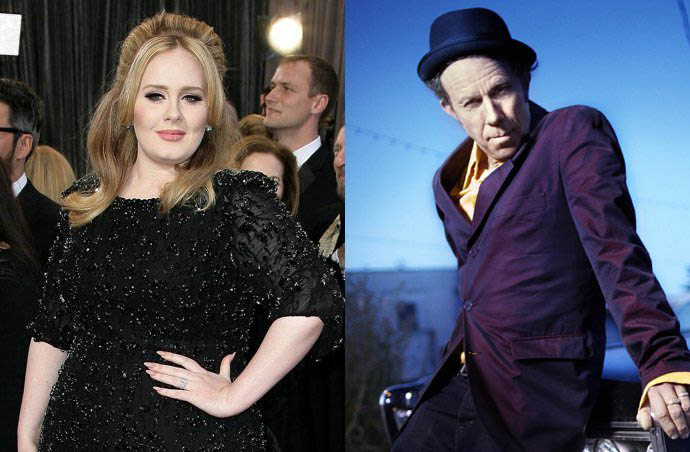 Adele and the team behind her “Hello” were apparently inspired by a bunch of other artists’ works when they crafted the hit. Following its arrival two weeks ago, it was quickly compared to Lionel Richie’s single of the same title. Now, fans are claiming that the British beauty’s first new song in three years is a rip-off of Tom Waits’ “Martha”.

“Hello” and “Martha” do sound nothing alike, but fans argue that the theme used on both songs is too similar. On the former, Adele sings about reaching out to an ex-lover in attempt to make things between them right again.

On Waits’ song, he croons lines like, “Hello there, is this Martha? This is old Tom Frost/ And I am calling long distance, don’t worry ‘bout the cost/ ‘Cause it’s been forty years or more, now Martha please recall/ Meet me out for coffee, where we’ll talk about it all.”

However, fans’ claims about the similarity between Adele’s “25” lead cut and Waits’ piano ballad from his 1973 record “Closing Time” don’t appear to be a big deal for Greg Kurstin who worked with the 27-year-old blonde on her song. In a recent interview with Entertainment Weekly, the producer clearly named Waits as the inspiration behind Adele’s upcoming album.