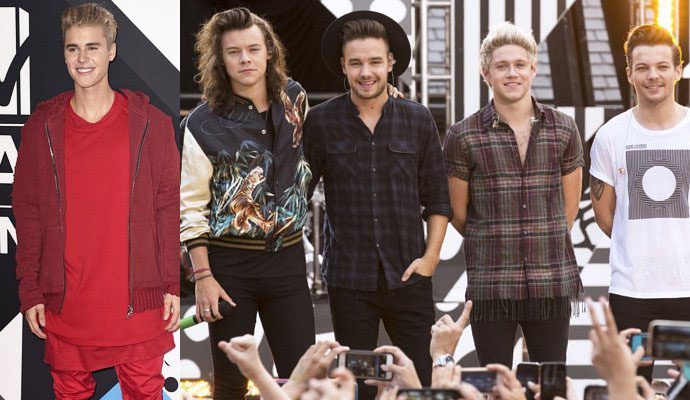 There’s finally something Beliebers and Directioners can agree on. Following online war over the same release date of Justin Bieber’s “Purpose” and One Direction’s “Made in the A.M.”, the fans are now joining forces to urge others not to listen to both albums before November 13.

These fans aren’t at all happy about the records’ early arrival on Walmart. They immediately took to Twitter to vent their frustration at Walmart and tell fellow loyal fans to respect Bieber and 1D by not buying the albums. The hashtag #NoPlayPURPOSEandMITAM became trending on the social media over the weekend.

“THIS IS 1D’S LAST ALBUM BEFORE THE BREAK AND JUSTIN’S FIRST ALBUM AFTER AGES RESPECT THAT!!” one fan tweeted. “BOTH ALBUMS WERE MADE WITH HARD EFFORT FOR US RETWEET TO SPREAD !!” another added.

One fan shared a picture of Bieber’s “Purpose” and One Direction’s “MITAM” on the shelves, and wrote alongside it, “PLEASE DON’T RUIN EVERYTHING BY BUYING THE ALBUMS BEFORE 13 NOVEMBER.”

“MITAM”, meanwhile, is One Direction’s fifth studio effort, their first without former bandmate Zayn Malik and their last before the boys take a lengthy hiatus. It’s led by “Drag Me Down” that reached No. 3 on the singles chart. The two projects have been the strongest contenders for the No. 1 spot on Billboard 200.