As part of efforts to reduce malnutrition in women and children, the Food and Agriculture Organisation (FAO) has launched the “Support to Reduction in Malnutrition in Women and Vulnerable Populations through Food-Based Approaches” project.

The Technical Cooperation Project is designed to support government’s efforts in promoting and strengthening food and nutrition security for the attainment of Sustainable Development Goal Two (SDG 2), as well as address the challenges that hinder the consumption of nutritious foods by vulnerable populations using food-based approaches.

The project will promote the production and utilization of nutrient rich foods including Orange Flesh Sweet Potato and other locally identified nutrient rich vegetables in selected districts by targeting vulnerable groups.

Ms Paulina Addy, Director of Women in Agricultural Development at the Ministry of Food and Agriculture, who launched the project on behalf of the Minister at the inception workshop, commended the FAO for its support in the fight against food and nutrition insecurity, through its Technical Cooperation Programmes.

The objectives of the workshop is to introduce the project to participants and build partnerships with all relevant stakeholders for the implementation of project interventions.

It is also to present the project strategies and work plan to stakeholders, agree on roles and responsibilities, identify potential synergies with other projects and address any other relevant issues raised by stakeholders.

Ms Addy said agriculture was the backbone of the economy, providing raw materials to industry and more importantly, food to feed the populace.

The Director said since improved nutrition was an indicator for national development, the provision of quality or nutritious foods for the people was government’s prime concern.

She said innovations and the application of technologies of the Ministry’s flagship Programme showed government’s commitment.

She said the Planting for Food and Jobs, has indeed led to increased agricultural productivity with legumes, vegetables and orange-fleshed sweet potato providing the needed nutrition to support improved health.

Ms Addy said this was evident in the abundance of food on the markets including other foods outside the target crops.

She said despite many efforts at achieving food security, Ghana continues to have more of its populace malnourished (5.5 million), according to the 2016 Global Panel Report and was grappling with the triple burden of malnutrition.

She said the country’s food system was the sure way to addressing the issues of poor diet and it behooves only on an integrated system to offer the solution thereof.

The Director said agriculture alone could not provide the needed interventions, the Ministries of Local Government and Rural Development as well as the Environment Science, Technology and Innovation have been key collaborators in the implementation of programmes and the development of improved crop varieties and livestock breeds respectively.

“We need to strengthen such ties and with others to ensure a more holistic approach to curbing the incidence of malnutrition in all its forms,” she added.

She said the Ministry was glad to have the project to support government’s efforts to end hunger, achieve food security and improve nutrition in order to achieve the SDG 2.

Ms Karin Christianson, a Representative from FAO, who read the speech on behalf of Ms Jocelyn Brown Hall, the FAO Deputy Regional Representative for Africa and Country Representative to Ghana, said malnutrition destroys lives and hold back human development.

She said the project was complementary to other ongoing food and nutrition security programmes of FAO.

“These programmes are within the FAO/ Government of Ghana Country Programming Framework which aims at supporting the government to achieving the SDG 2,” she added.

Ms Hall said FAO, since its creation has been a partner-in-progress in many countries around the world in agricultural development and policy formulation.

She said in Ghana, FAO was proud to continually offer her support to the government in its efforts to better the livelihoods of the populace. 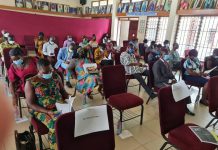 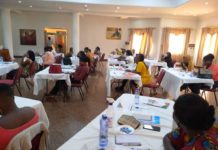 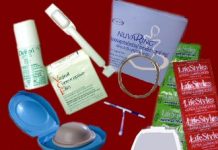