A 49-year farmer, reported to have murdered the sister-in-law following a dispute over mushroom, has been arrested and detained by the Juaso police.

Justice Addo allegedly committed the crime at Tokwai-Odumase, near Banka in the Asante-Akim South Municipality.

The suspect’s wife, Akosua Koo, had returned from the farm at about 1500 hours and gifted some mushroom, she brought with her to the deceased – her sibling.

Addo, displeased with the spouse’s gesture, later approached the sister-in-law and demanded that she returned the mushroom, which she was then washing to prepare a meal, but she refused.

This resulted in a fierce struggle, attracting some neighbors, who tried to separate them.

DSP Anyani said in the confusion, the suspect was alleged to have violently pushed the deceased, Adwoa Latedea, to the ground.

She complained of bodily pains and was taken to the community clinic where she was treated and discharged that same day.

Her condition, however, worsened the next day, rushed to the Juaso District Hospital and she died shortly on admission.

Addo, fled the community after incident but was arrested through the assistance of the assembly member, Mr. Newton Gyekye, and handed over to the police.

DSP Anyani said the suspect would soon be arraigned on a provisional charge of murder. 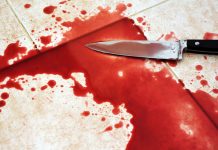 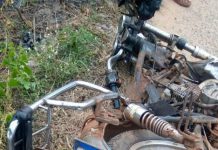 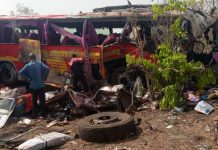