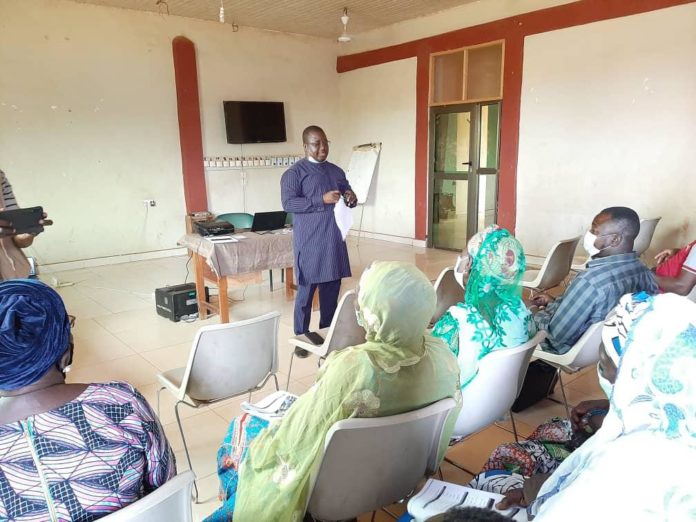 Over 20, 000 smallholder farmers have been supported to cultivate about 38, 000 hectares of maize and soya, Mr Felix Ngmenkaara Darimaani, the National Programme Coordinator of the Savannah Zone Agricultural Productivity Improvement Project (SAPIP) has said.

He said under the COVID-19 response strategy of the programme, 15,000 farmers were also supported to cultivate 12, 000 hectares of rice, adding that out of the number, 3,600 hectares was in the Builsa South District of the Upper East Region.

Addressing farmers, off-takers, processors, policy makers and implementers at a market access workshop at Fumbisi the Builsa South District capital, Mr Darimaani said with COVID-19, importation of rice would be a challenge.

“Therefore, government has developed strategies to develop rice production for which we have the potential. Processing facilities are being procured by the project to add value to rice produced.”

He said value chain infrastructure played a key role in Agriculture and therefore the need for such intervention.
Mr Darimaani said the TAATs programme was part of the SAPIP and the Savannah Investment Programme (SIP), implemented by the Ministry of Food and Agriculture (MoFA).

The projects are founded by the African Development Bank (AfDB) and the overall goal of the programme was to reduce the importation of animal protein, enhance competition of the poultry industry, improve small ruminants breeds and contribute to improved food and nutrition security.

Mr Sylvan Dauda Danaa, the Builsa South District Director of the Ministry of Food and Agriculture (MoFA) said with the support of SAPIP, MoFA in the District had acquired over 50 aggregators.

“So you will realise that this year, we have produced more than last year in terms of land space, but you are not hearing much about the hustle we got last year, because a lot of the aggregators have come.”

He said there were buyers for their produce at the Valleys adding “We are looking for sustainable marketing to link the farmers in the value chain.”

Mr Danaa said with the support of SAPIP and SIP, MoFA would create a data base to ensure synergy between farmers, aggregators, processors and marketers.

Mr Richard Akuka, a farmer at the Fumbisi rice valleys said through SAPIP, farmers received seeds and fertilizers which supported them to increase their production.

He said even though the market for their produce had also improved with most buyers from the Southern part of the country, they could not buy all the rice, “We need processing millers like Avanash and others to also come and buy.”

Farmers in Koduzeigu appeal for support