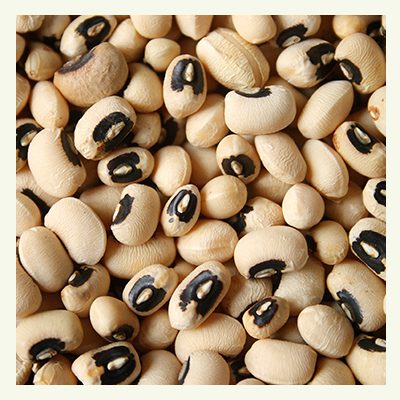 Some farmers in Nyakpala in the Northern Region have opted for Biotech (Bt) Cowpea or Genetically Modified (GM) Cowpea, due its ability to withstand the most deadly pests that destroy cowpea in the area.

The farmers say they witnessed high yields due to the strength of the Bt Cowpea against the Maruca Pod Borer pest as compared to their traditional cowpea known to them.

The Savannah Agriculture Research Institute (SARI) of the Centre for Scientific and Industrial Research (CSIR) is currently conducting trials of cowpea that can stand against the Maruca Pod Borer pest, which has been described as one of the dangerous pests causing damages to cowpea crops in the Northern, Upper East and Upper West regions.

This insect is very difficult to be controlled with normal insecticide and it causes farmers a lot,”the Principal Investigator and the leader of the project, Dr. Mumuni Abdulai told the Daily Express.

“The centre got some cowpea after they have been transformed in Australia. About seven different cowpea varieties were successful and these were introduced in Ghana, Nigeria and Burkina Faso for testing.”Dr. Adbulai told the Daily Express that after testing the seven varieties some of them were resistant, but the most resistant to Maruca Pod Borer pest among them was called 709A.

This was done between 2009 and 2013.According to him, the 709A was selected alongside non-Bt cowpea varieties known by the farmers.“We took the gene from the 709A and put it into one of the non-Bt cowpea already grow by farmers in Ghana called Songotra.”

The Daily Express understands that Songotra is already known cowpea variety by farmers, but there was no gene inside. After putting the gene of 709A into the Songotra variety, they tested it again to see whether it can stand the test of the Maruca Pod Borer pest.

“We found out that the Songotra transformed (Songotra with Bt inside) was yielding very resistant against the Maruca Pod Borer pest.”
The SARI of the CSIR went further to invite farmers to grow the Songotra cowpea transformed with Bt inside in a confined trial field.In Ghana three locations were selected for these kinds of field trails.

“In all, three different varieties of cowpea were grown by the farmers. At the end of the season, 10 different farmers from outside these trial locations who were not part of the trials were invited to come and assess their preferred of the three based on what they see and the pot of the yield varieties,” Dr. Abdulai told the Daily Express.

“We got to know that Songotra with gene inside (Bt cowpea) was accepted by the farmers at Nyankpala. While the investigators are yet to analyst the trials from Bawku and Damango, about 70% of the farmers who tested the cowpea

at Nyankpala preferred the Songotra with gene inside (Bt cowpea).”He stated that while the trials are ongoing in Ghana, similar exercise is going on in a location in Nigeria and Burkina Faso with six farmers been selected for each trials.

“Our plan is that at the end of the year, we will collate and in February, 2018 we will meet and present our results.” What we intend doing as part of the project plan is that, while we are in terminal stages of the experiment, we want to see if we can release the Songotra with gene inside (Bt cowpea) early in 2018.

Touching on some challenges, Dr. Abdulai stated that there are a lot of people who are there making noise against GM crops on the market. “We have been engaging them several times and they do not have scientific proof in what they have been saying.” “We are scientists and we are there to perform researches. There are several tests we have done and you cannot differentiate between the two varieties.”

He further mentioned that Bt crops are grown in a lot of countries across the globe. “Sometime, some citizens are of the view that we are even eating Bt foods in Ghana without even knowing them.” By law, we are not supposed to have Bt foods (GM foods) on the market. But Ghanaians have alleged that there are some of them already on the market.

In his response about the trials and farmers opting for the Biotech Cowpea, Chief Executive Officer (CEO) of the National Biosafety Authority, Mr. Erick Okoree pointed out that his outfit remain focus in protecting Ghanaians from anything that will create a problem. He mentioned that Ghanaians should not panic because there is no biotech product on the market for consumption.

He recently told a cross section of media that biotech products will not be allowed to be on the market if it has not gone through the authority.Mr. Okoree stated that currently the CSIR and its partners are conducting biotech (GMO) at both the lab and on the trial in Ghana.According to the International Service for the Acquisition of Agri-biotech Applications (ISAAA) report, in 2016, global area of biotech crops was 185.1 million hectares, representing an increase of 3% from 2015, equivalent to 5.4 million hectares.