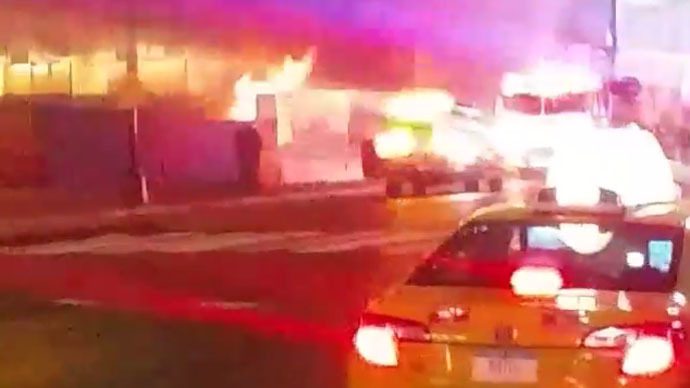 The fire broke out in the Ajman One residential cluster of 12 towers, close to the border with Sharjah. Fire mainly damaged tower 1.

Officials could not immediately be reached for information on any casualties, but one official said tenants were being evacuated to safety.

The Civil Defense in Ajman city, about 44 km northeast to Dubai, said its operations room received a call about the fire at 9:45 p.m.. The Civil Defense, rescue and ambulance teams have rushed to the scene.

Several units battled the huge blaze well into the night. Flames are seen raging while the area has been cordoned off leading to huge traffic jam in Ajman and Sharjah.

The UAE deputy prime minister and minister of interior have rushed to Ajman to follow up on the details of firefighting operations.

Fires in skyscrapers are common in the UAE. On the New Year’s Eve, a fire engulfed a 63-story building opposite the world’s tallest skyscraper Burj Khalifa.