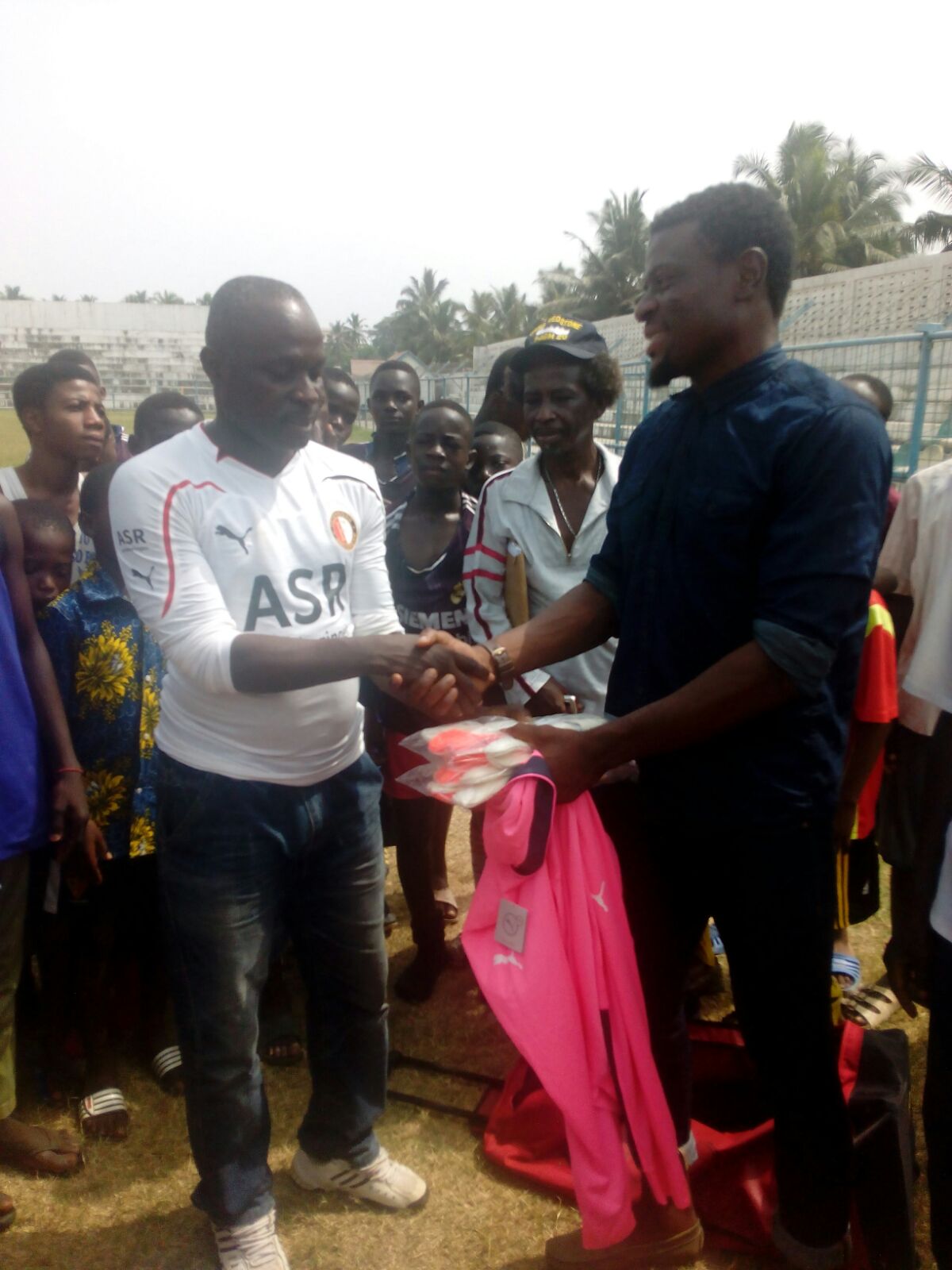 The AshantiGold glovesman was hailed by players and officials of Cape Coast-based club as he presented 10 balls, two sets of bibs, two goalkeeper’s gloves and two goalkeepers jerseys. Dauda who now plays for AshantiGold also presented the club with an undisclosed amount of money.

The former Orlando Pirates man remain grateful to the colts club that nurtured his talent while he was growing up.

The equipment are to be used to help unearth several other players in the society. 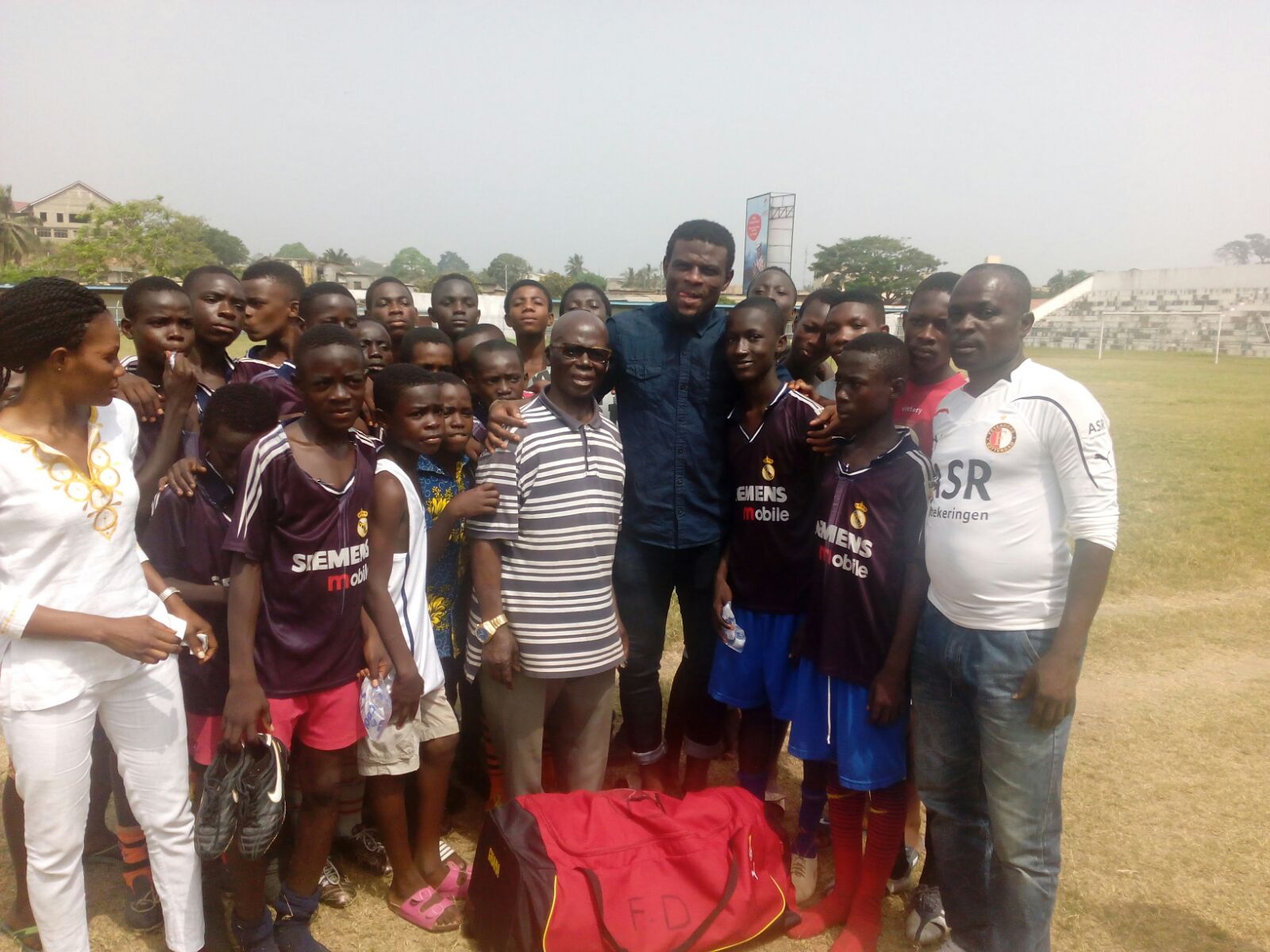 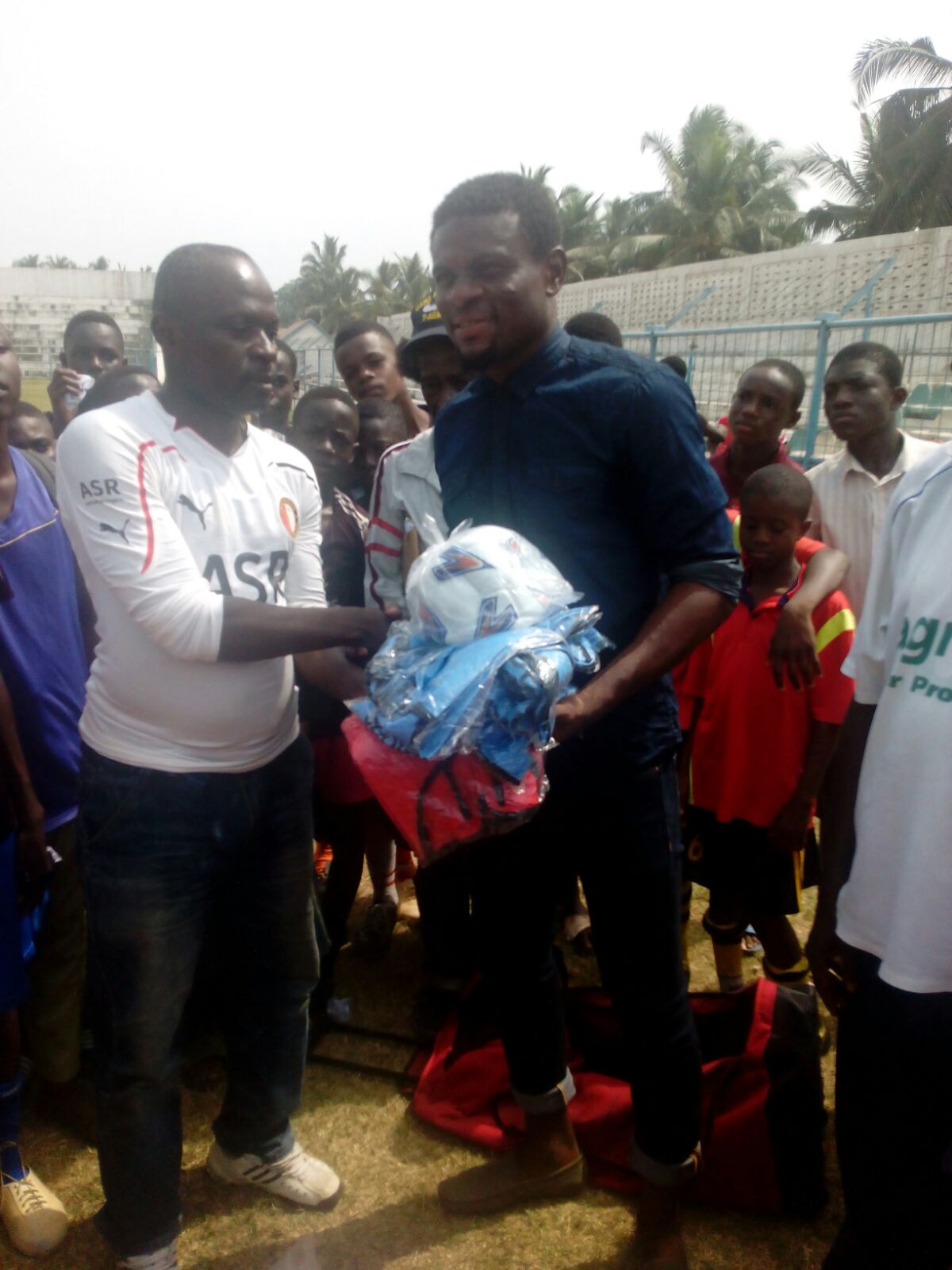 Rotary Club of Wa donates to PWDs in Upper West