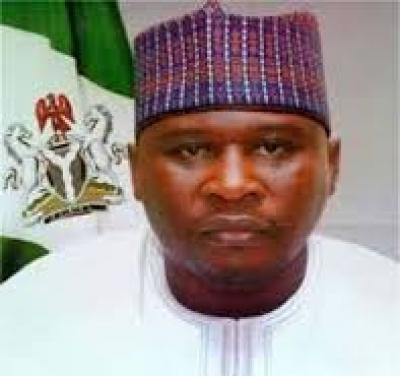 Indications from Adamawa state house of Assembly shows that 17 of the 25 members  of the Adamawa state House of Assembly are set to impeach former acting governor of the state, Ahmadu Umaru Fintiri, who recently returned as speaker of the assembly.
The lawmakers are allegedly aggrieved because Fintiri reneged on the agreement held prior to the impeachment of the former state Governor, Murtala Nyako, and the impromptu resignation of his deputy, Bala James Ngillari, to pave the way for him to rule the state.
Another ground for impeachment is the fact that Fintiri and Ngillari come from the same town.
They noted that it is unconstitutional for the speaker and the governor to come from the same zone, let alone the same town .