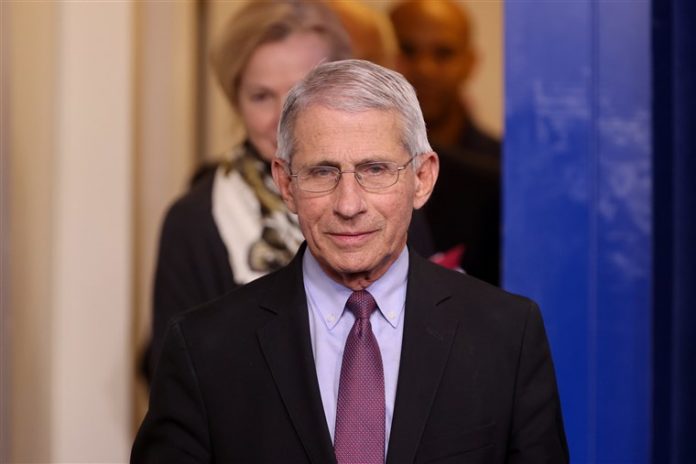 In an interview with CNN, Fauci noted that Vice President Mike Pence runs the task force and “translates” to Trump what is discussed.

Trump has not publicly acknowledged the spiraling outbreak, instead focusing on railing against the outcome of the November 3 presidential election on Twitter.

Trump has refused to concede victory to President-elect Joe Biden and the White House has so far blocked the transition process.

Fauci said federal officials should be able to begin communicating with Biden’s team to ensure a smooth transition in the fight against the outbreak.

“Of course it would be better if we could start working with them,” Fauci said when asked whether cooperating with Biden’s team would serve the public interest. He likened the process to “passing a baton in a race.”

Ron Klain, Biden’s pick for chief of staff, called on the Trump administration to start working with Biden’s transition team so that they can address the pandemic and “nothing drops in this change of power.”

“Joe Biden is going to become president of the United States in the midst of an ongoing crisis. That has to be a seamless transition,” Klain told NBC News.

Biden’s advisers will start meeting with officials from drug companies such as Pfizer in the coming days to prepare for the distribution of a coronavirus vaccine, Klain said.

The US surpassed 11 million coronavirus cases on Sunday, according to a tally by Johns Hopkins University, just six days after infections eclipsed the 10-million mark.

The US has seen far more confirmed cases and deaths than any other nation, with over 246,000 virus-related fatalities in a population of about 330 million.

The country set a record for new daily cases on Friday, at over 177,200, according to the Baltimore-based university.

The tally was around 166,500 for Saturday – the second-highest so far and more than double the daily case numbers recorded during the last US peak in July. The country is in the grips of a third wave as caseloads have been increasing again since September, and deaths and hospitalizations are also on the rise.

The earlier outbreaks hit New York, then southern and western states particularly hard, while the current surge is widespread. The Upper Midwest, such as the Dakotas, and Plains states like Nebraska and Iowa have seen big spikes, testing the limits of health care systems.

Asked how history would remember the US government’s response to the pandemic, Fauci said: “Obviously, it’s not going to be a good report.”

Fauci said a recent projection that there could be 439,000 US virus-related deaths by March was “possible.” However, “we don’t need to get to that number” if people adhere to public health measures and take the vaccine, which should become widely available in the coming months, he added.

Fauci noted that even with the vaccine, it would be a “gradual” process to return to normal. “It’s not going to be a light switch,” he said.

Health experts are worried that with colder weather and people spending more time indoors, the virus will spread more rapidly, and local authorities are cracking down with new mitigation efforts.