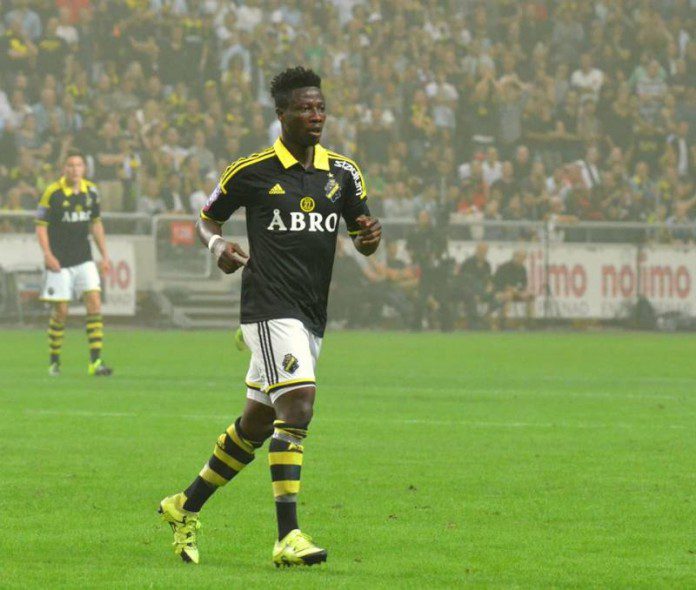 Danish giants FC Copenhagen are tracking Ghanaian defender Ebenezer Ofori as likely replacement for versatile defender Daniel Amartey as they ponder the sale of the Black Stars defender to English side Leicester City, according to reports in Sweden.

Copenhagen manager St?le Solbakken has admitted they are likely to lose Amartey with Leicester City leading the race to land him.

Solbakken has confirmed he was in Sweden on Monday to watch Solna on Monday to monitor a number of players in the derby between AIK and Djurgarden and admits he is interested in Ofori.

Football Direkt expert M?rthen Bergman has confirmed Ofori is the most likely candidate to replace Amartey at Copenhagen.

?He has been one of Allsvenskan?s top players throughout the year, and given that he is only 20 years so it would have been strange if there are many, many clubs have their eyes on him,? he said.

The former New Edubiase United player, 20, is worth close to 3 million Euros.

Ofori has featured in 18 out of AIK?s 19 league games this season.

Ibrahimovic called up for Sweden’s squad for World Cup qualifiers

WHO commission calls for broad reforms to European health care

WHO: 236,000 Covid deaths in Europe likely in next three months