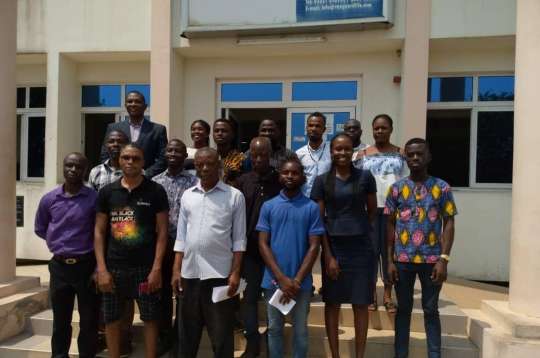 The Central Regional Office of the Food and Drugs Authority (FDA) has sensitised manufacturers, distributors and other stakeholders on the need to be mindful of the shelf-life of processed food products.

This was to ensure that expired food products were not made available for distribution, sale or donated for public use.

The programme, which brought together about 20 stakeholders representing the 22 districts in the Region, was also aimed at enlightening stakeholders on the new regulatory requirements in respect of shelf-life of food products.

Mr John Odai Tettey, Regional Director of the Authority said his outfit remained committed to helping industries grow by adhering to food safety regulations and urged all to comply with the laws to avoid the sanctions.

He explained that the shelf-life of products was the period between production, packaging, transportation, distribution and sales, adding that during that period, a quality product would remain safe for consumption if kept under recommended manufacturing storage conditions.

He further explained that the belief that ‘best before’ dates on products were an indication that the product had expired yet can be used within a time frame until finally it becomes dangerous for consumption was incorrect and people should not be deceived by that.

Rather, he pointed out that the dates signified the end of the product under any storage condition, saying, “Food products loose its marketability after the best before dates expires.”

Touching on some rules, regulations and sanctions, he cautioned members not to display, offer for sale, donate, re-package, relabel or re-use food after expiration of the ‘best before’ or expiry dates.

They should also desist from relying solely on expiry dates but look out for signs of rust, blotting, dented cans and tiny dots that may have microorganisms, which produced toxins.

He also warned against the unhygienic practice of displaying goods especially perishable items under the sun saying, “the Authority will soon descend on defaulters and apply the law to the latter to serve as deterrent to others”.

The FDA warned that “any person who contravened the FDA law, if found culpable shall be liable to a fine in accordance with section 148 (4) and (5) of the Public Health Act, 2012, Act 851 and section 148 (4) as well as administrative penalty of not more than 2,500 penalty units.

Again, one could be given a summary conviction to a fine of imprisonment of not more than five years in addition to a payment of penalty imposed.

Some participants after the programme urged the Authority to sustain the educational programme on the necessary rules and regulations and best practices to better serve the public.