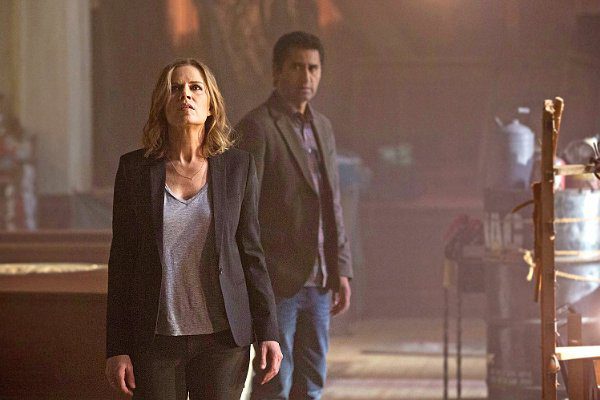 Just days after unveiling its official title, AMC debuted the first teaser of ?Fear the Walking Dead? during the season 5 finale of ?The Walking Dead? on Sunday, March 29. Offering first footage from the upcoming spin-off, it shows the situation in Los Angeles just as the zombie plague started happening. ?Morning, Los Angeles. Hope you?ve got your flu shot. Reports in five states said a strange virus is going around, so if you?re not feeling well, go home and take care of yourselves,? says an announcer in voiceover, before the scene shows what looks like a walker in a tunnel. Meanwhile, a caption for the video reads, ?A strange virus is going around??

Kirkman, Gale Anne Hurd, Greg Nicotero and David Alpert will executive produce the new series. No plot details have been unveiled, except that it will see ?what was going on in other parts of the zombie apocalypse, and what it looked like as the world really did ?turn.? ?

AMC has ordered two seasons of ?Fear the Walking Dead?, with the first season slated to debut in late summer.